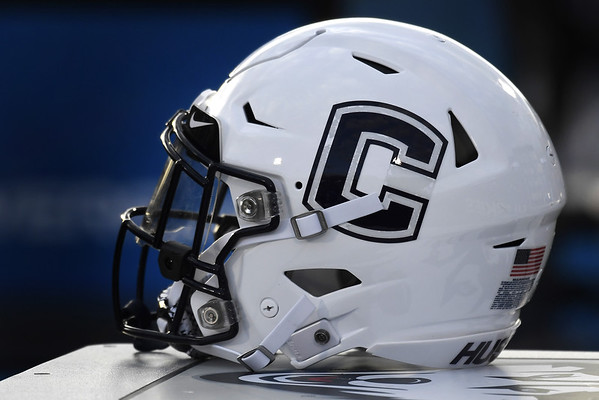 The UConn football team is in the midst of the longest offseason in the programās history. But there are signs that things will go better for the Huskies when the finally get in the field again.

Or, at least the year after.

Coach Randy Edsallās Huskies have already secured a bakerās dozen worth of commitments from high school players in the Class of 2022.

And a program that has been unofficially ranked at, or at least near, the bottom of all 130 teams in FBS in recent years, has already assembled what is surprisingly ranked so far as a top-50 class.

UConn did not play any games in 2020 due to COVID-19 concerns, and is a combined 6-30 in its last three seasons of play. But the Huskies have dipped into recruiting pools that have paid dividends for them before - Texas, Florida, and Edsallās hometown area of Central Pennsylvania - to secure verbal commitments from 13 players so far.

The Huskiesā class is currently No. 50 in the nation, according toĀ rivals.com. That puts them ahead of Power 5 programs _ those in the major conferences: Big Ten, SEC, ACC, Big 12, Pac-12 _ such as Washington, Iowa, Arizona State, Stanford, and Nebraska, among others.

Xaiver Brown, a wide receiver from Mesquite Texas, is the latest to commit, doing so Monday. Brown is a three-star recruit who had scholarship offers from the likes of Kansas and Colorado.

The Huskies donāt have any pledges from Connecticut natives yet in the class, though offensive tackle Brady Wayburn, a Gastonia, North Carolina native who plays at Loomis Chaffee in Windsor, has committed.

Edsall is prohibited by NCAA rules from commenting publicly on recruits until they sign letters of intent with the school, but he said during the Huskiesā spring workouts that he was pleased with the coaching staffās recruiting efforts and targets.

The fact that the Huskies didnāt compete in 2020, one of just three FBS teams nationally not to, allowed the coaches to plan extensively for 2021 and going forward.

āIt was good for our staff. We had time to really sit down and put things together,ā Edsall said.