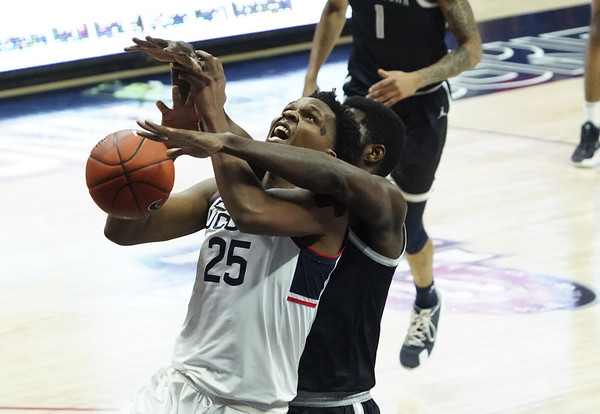 Josh Carlton is going back to the American Athletic Conference. After spending four years at UConn, the first three competing in the AAC, the 6-foot-11, 240-pound Carlton announced Monday that he will play a graduate season at Houston.

Houston is coming off a berth in the Final Four, its first run that deep in the NCAA Tournament since 1984.

Carlton chose the Cougars over offers from East Carolina, Pittsburgh, and Wake Forest.

Carlton averaged 3.5 points and 3.7 rebounds for the Huskies this season. He played in 19 of the team’s 23 games, with one start.

Carlton is the second Husky planning a graduate transfer season to pick a destination. Guard Brendan Adams announced last week he was headed to George Washington.

Forwards Isaiah Whaley and Tyler Polley are also slated to graduate from UConn this spring. Though each has already played four seasons, they are mulling a return to the Huskies for one more year.