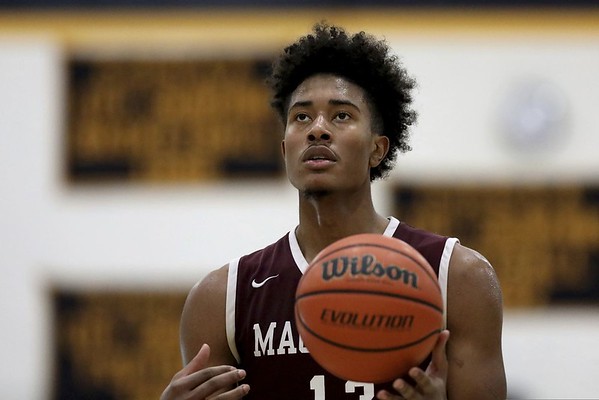 STORRS - We may only be finishing up summer, but there are signs of spring on the UConn campus. Actually, it was more like Christmas for the Huskies.

A former teammate of incoming UConn guard James Bouknight at the MacDuffie School in Granby, Mass-achusetts, Springs announced his decision Tuesday afternoon via social media with the message “Husky nation what’s good!!” The accompanying post included a dog emoji and the announcement of his commitment.

Springs graduated from MacDuffie in the spring and was originally planning to take a post graduate year at Brewster (N.H.) Academy, slotting him in the Class of 2020. But he opted to reclassify back to 2019 and will join the Huskies immediately.

A three-star prospect, Springs was ranked No. 141 in nation in Class of 2020. Springs chose the Huskies over offers from Providence, Rutgers, Pittsburgh and Penn State, among others.

It seems likely that Springs may be able to contribute on the court right away for the Huskies.

Springs fills UConn’s final open scholarship and gives the Huskies some much-needed front court depth. Talented junior Josh Carlton is almost certain to start at center again this season, but the only other big men on the roster before Springs’ addition were junior Isaiah Whaley and redshirt freshman Akok Akok.

First Night, the annual preseason party of sorts for the UConn men’s and women’s basketball teams will be Oct. 18, the school announced Tuesday.

The event, which is typically held in Gampel Pavilion and is free to the public, often features music, shooting contests and, in recent years, mixed gender scrimmages.