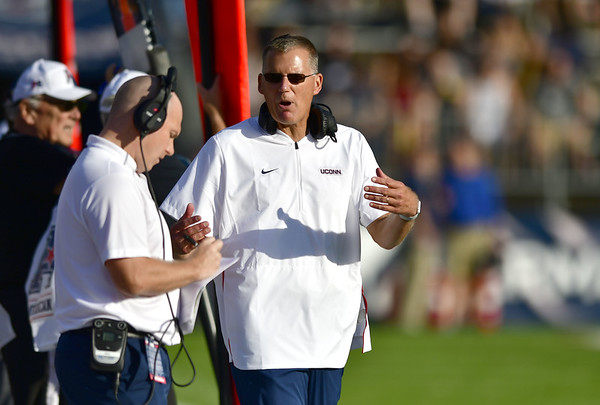 STORRS - UConn football coach Randy Edsall says he doesn't know where his team will end up once the school leaves the American Athletic Conference.

Edsall issued a statement Wednesday as the school's Board of Trustees discussed an invitation to move most of the school's athletic teams from the American Athletic Conference to the Big East.

The Big East does not offer football.

Edsall says the decision leaves his program in transition, but he will leave it up to school's leadership and the board to “find the best situation for our football program.”

The Huskies were a charter member of the Big East conference, but remained in what would become the American Athletic Conference when seven Catholic schools broke away in 2013, taking the Big East name with them.

The AAC bylaws require UConn to pay a $10 million exit fee and give the conference 27 months’ notice of its departure, but terms are being negotiated that would facilitate the programs’ move at the end of the 2019-20 academic year.