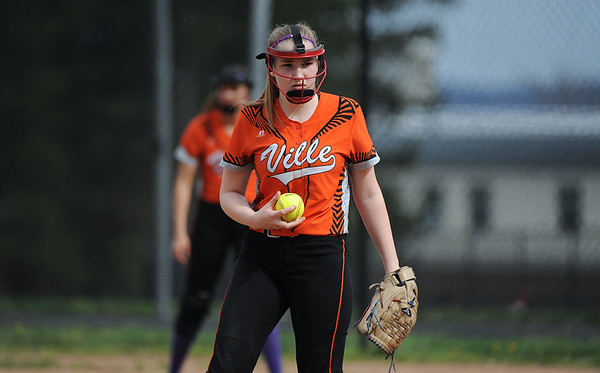 NEWINGTON – Alex Bugnacki threw a no-hitter and also went 2-2 from the plate to power Newington to a 8-0 victory over HMTCA.

Bugnacki went all seven innings on the bump and also finished with a pair of RBIs in the win. Austyn Howe led the Nor’easters with three RBIs after concluding 2-3.

Newington compiled four runs in the second inning, one in the third and three in the fifth for its third consecutive win.

Pires and Gianna Farrow each tallied three hits to lead the team while Adrianna Hawes was next with a pair of hits.

On the mound, Pires was strong, picking up eight strikeouts in three innings of work.

Metropolitan Learning Center 12, Innovation 3: A slow start hurt the Ravens in this one as they fell behind early and could not recover.

Innovation allowed five runs in the first inning, four in the second, and three in the third, before scoring single runs of its own in the third, sixth and seventh innings.

Kaylee Dobransky and Nataly Rodriguez each compiled two hits to lead the Ravens, including a double from Dobransky.

Nia Largent and Dobranksy were the only two Innovation batters to finish with RBIs.

St. Paul 158, New Britain 224: A round score of 35 from Erin Downes highlighted the Falcons’ win over the Hurricanes at Westwood Golf Course in Farmington.

New Britain was led by Faith Gibson, who shot a 53, with Abby Olson (56), Itati Serano (56) and Kim Beslanga (59) rounding out the Hurricanes lineup.

Bristol Central concluded in third on the girls side, followed by Bristol Eastern (sixth place) and Plainville (last place).

On the boys side, Plainville snatched third place, Berlin got fifth and Bristol Eastern came in seventh.