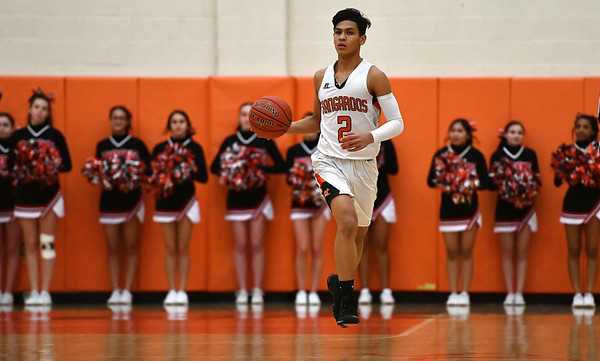 Doa finished with a career-high 24 points and pulled down 10 rebounds, while Matulis added 19 points and 12 rebounds himself as the Kangaroos beat Shepaug 54-51 on Friday.

“It took everything we had tonight, but that’s what it takes to get a championship,” Terryville head coach Mark Fowler said. “Shepaug was outstanding as expected and give us everything they had. It was our second-half defense that really turned the tide of the game. Devin [Dao] and Sean [O'Donnell] took turns making things difficult on Owen [Hibbard] and it took Shepaug out of their offensive rhythm.”

Shepaug jumped out to a 10-point lead at the end of the first quarter but Dominick Dao helped Terryville (11-4) start to chip away at the lead with 14 first-half points.

The Kangaroos outscored Shepaug 20-4 in the 3rd quarter and built a double-digit lead. But Hibbard and the Spartans were not finished and cut the lead to three in the final 30 seconds. Shepaug couldn't get a clean look at a potential tying shot when Hibbard dribbled out of bounds with 2.1 left on the clock.

Terryville missed their free throws and Hibbard's desperation heave from the length of the court was off target and the Kangaroos picked up their first title since 2014.

Plainville 45, Conard 40: The Blue Devils got off to a slow start to the season, but made sure to cap off their year on a strong note.

Omarion Miller scored a game-high 21 points to lead Plainville to the CCC Bracket No. 4 Tournament championship.

“We gutted one out tonight,” head coach Scot Wenzel said. “We were exhausted from last night's game, but found a way to pull it out. Proud of this team and how they stuck together and finished the year. We finished on a five-game winning streak. It’s a special senior group that has gone through a lot over the last 4 years.”

The Blue Devils were down early and struggled to find a rhythm in the first half. Down 10 after the first 16 minutes of play and came out in the third quarter and began to chip away, getting their deficit to 35-28 in the process.

As the game went into the fourth quarter, Miller took over. Plainville was also 8-for-10 from the free throw line.