CIAC to revise, resubmit plan for fall over weekend as high school sports remain on hold 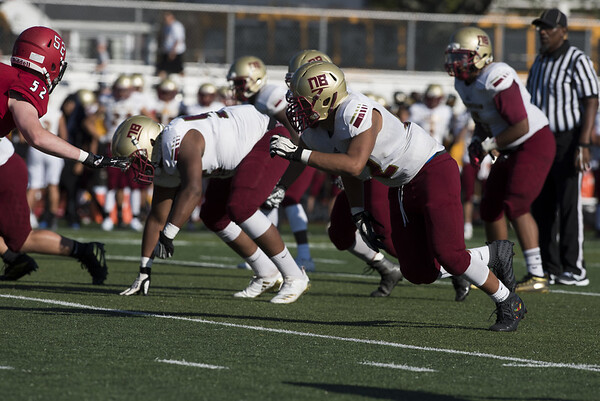 The Connecticut Interscholastic Athletic Conferenceās goal to have a fall sports season is still very much an ongoing process.

The CIACās Board of Control has asked the Department of Health to allow high school sports to resume non-contact conditioning workouts, which began on July 6, as early as Monday, and will submit a modified sports plan to the DPH Sunday as the two organizations continue to work toward a solution for the fall sports season.

The CIAC also pushed back the start date for fall sports to Aug. 29. Both announcements came after the boardās meeting Friday.

āDPH has been a good partner with us, as has the governorās office,ā CIAC Executive Director Glenn Lungarini told The Herald. āWe will continue to have collaboration as we have since July to continue to come up with a clear direction for our schools. But at the heart of that, we have to do whatās safe for our athletes and our school communities, as well as the general public.ā

The CIAC met with DPH officials more than two hours Thursday night - hours after more than two dozen athletes held a rally outside the CIACās offices in Cheshire - to try and develop a plan for the fall season, but no agreement was reached as the health officials remained firm its recommendations last week that football and volleyball be postponed until spring. The DPH also recommended for the other interscholastic sports to be delayed until at least two weeks after schools reopen.

Football teams were scheduled to begin training in groups of 15 or fewer on Aug. 17 with other fall sports - boys and girls soccer, girls swimming, field hockey and boys and girls cross country- set to take place 10 days later. But last week, the situation regarding the fall sports season has gone through a number of back-and-forth decisions.

Even after the CIACās football committee recommended moving the sport to the spring, the CIAC Board of Control announced its plans to continue with high school sports in the fall last Wednesday. Then the DPH released its statement recommending against playing football and volleyball in the fall. Two days later, the CIAC voted to put high school sports back on hold, including conditioning and practices leading to the meetings on Thursday and Friday.

āI thought the meeting [on Thursday] went very well with DPH. They were very generous with their time as were our committee members,ā Lungarini said. āWe spent well over two hours discussing with each other, not only what had changed in their position from July to mid-August, but also trying to understand what the best position moving forward may be and I think we have good opportunities to continue to work together as we have in the past to come up with a clear position for our member schools.ā

As a result, the Board of Control will meet again Sunday to submit a modified fall sports options to the DPH for consideration, which the CIAC said health officials indicated would welcome for review. Lungarini wouldnāt say exactly how many options the CIAC was looking at specifically.

āThose will be finalized on Sunday so I donāt want to speculate on any portions of those yet until the board has approved those and weāre ready to submit,ā Lungarini said. āWeāve taken their recommendations and I think a lot of our plan already includes many of the recommendations DPH has, so itās just trying to get to a joint position on some of the areas weāre not in alignment right now. I donāt want to speculate how many options that might be. Thatās what weāll finalize on Sunday night.ā

When asked if the CIAC would move forward with fall sports if the two organizations could not reach an agreement, Lungarini reiterated the working relationship between the CIAC and DPH.

āOur collaboration continues to be very positive as it has been all along and weāre pretty confident that by the end of next week we should be able to find a position to move forward together on and give clear direction to our schools,ā he said.

Another sticking point for the CIAC, particularly over the past week, has been the inconsistent guidance from the state regarding interscholastic activities and non-CIAC youth sports, such as club teams and AAU. The New Britain Bees, a team in the Futures Collegiate Baseball League, began playing on games on July 2 and has played games in Massachusetts and New Hampshire. The Connecticut Elite Baseball Association played games in lieu of an American Legion season.

Lungarini said Thursday the CIACās stance on playing sports this fall hasnāt changed and believes the stateās covid-19 metrics support that. Other sports with worse coronavirus numbers have already decided on playing fall sports with Pennsylvania being the latest on Friday.

Acting DPH commissioner Deidre Gifford said at Gov. Ned Lamontās Thursday press conference the department is taking into consideration the balance of the risk of a covid-19 spread with sports for kids.

āThe fact that students are going to be gathering in large numbers in schools, which they havenāt been doing over the summer, thatās a consideration,ā she said. āWe want to make sure that we keep our schools open as much as we possibly can for in-person learning and that in-person social and emotional growth, which is so important to kids of all ages.ā

Full practices for the fall high school seasons were set to begin Sept. 10 with games following on Sept. 24. The season would be also shortened and only regional play would be allowed for postseason tournaments. Sports would wrap up Nov. 15.

Some schools, however, have already made a decision for fall sports. New Haven canceled games and practices for high and moderate risk sports on Aug. 14 with Bridgeport postponing its football and volleyball seasons later that same day.