Plymouth's block party is coming back 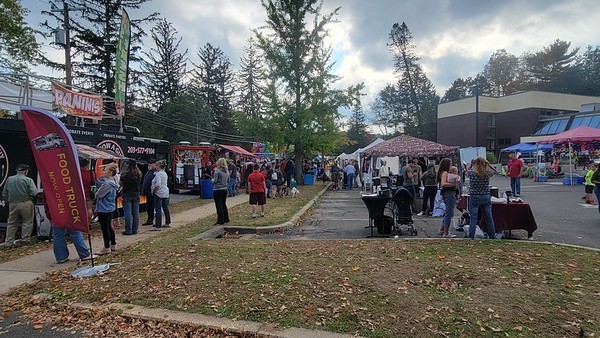 PLYMOUTH ‚Äì Following the success and popularity of last year‚Äôs 225th Anniversary Celebration, the block party will return to downtown this Oct. 1 and continue on as an annual event.

This year, the block party will be held from 11 a.m. to 5 p.m. in Downtown Terryville. There will be entertainment and attractions at multiple spots in the area.

‚ÄúThe church will have Down Home Frolic, a fiddle and banjo band that plays folk music, and The Remnants, which plays a lot of popular covers,‚Äù said Jerry Milne, one of the event organizers.

Across the street, the Terryville Library will have displays of Plymouth‚Äôs history and the legendary Old Leatherman. There will also be re-enactors of Revolutionary and Civil War soldiers. Milne said the Civil War re-enactors are from the CT Heavy Artillery Group.

Atwater, whom Milne said is ‚ÄúPlymouth‚Äôs Civil War hero‚Äù enlisted in the Union army at age 16 in 1861 and was captured in 1863 and taken to the prisoner of war camp at Andersonville, Ga. There, he kept a list of 13,000 Union soldiers who died in captivity. After the war, he and American Red Cross founder Clara Barton used this list to identify the soldiers‚Äô graves.

The Lock Museum at 230 Main St. will have an open house, and is sponsoring scavenger hunts both inside the Museum and in downtown.

At the Eli Terry, Jr. Middle School at 21 North Main Street, there will be axe throwing, a crafts fair, and live music.

North Main Street will be closed between Main Street and Baldwin Park Lane for food trucks and a display of antique fire trucks from the 1930s.

Milne encouraged people to come down and have fun at the block party.

Mayor Joe Kilduff said that he is excited to see the block party return. He added that the block party is not a town sponsored event and will come at no cost to town residents. It is organized entirely by the committee who put together the 225th anniversary block party.

‚ÄúI‚Äôm very much looking forward to it,‚Äù he said. ‚ÄúI hope there‚Äôs a good turnout; last time we had almost all in-town residents, which was great to see. It was an event that really brought the community together.‚Äù