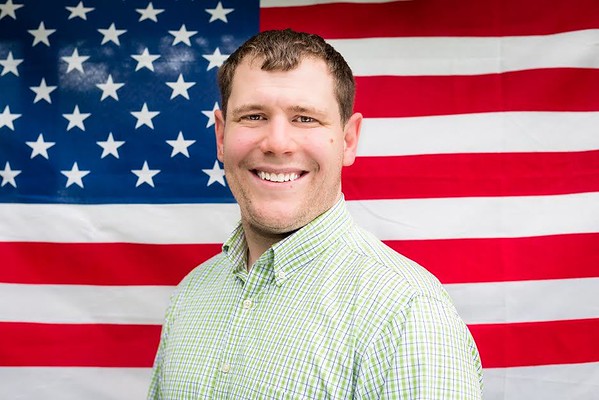 PLYMOUTH – Republican Town Committee Chair and town tax collector, Joseph Kilduff, has announced that he plans to throw his hat in the ring and run for mayor.

Kilduff will be among those hoping to get the endorsement of the local Republican Party at their caucus. He has served as Republican Town Committee Chair since 2016 and tax collector since 2015.

“ESPN was an awesome job and I loved it, but I was looking for a day job and a chance to serve the community that I grew up in,” he said. “I’m happy to offer my services to the voters of the town and I look forward to taking on this next step and challenge.”

Kilduff said that he has worked closely with Mayor David Merchant for the last five years. He said that Merchant’s administration saw many successes and that he looks forward to “continuing that positive momentum.”

Kilduff said that he is pleased with the Republican slate of candidates this year, whom he said are a “good combination of experienced and new faces.”

“Everyone who is running is involved in the town at some level, but some will be new to the political arena,” he said. “I think it’s important to have that balance. We have some people in town who are serving on multiple boards and commissions and we need to cycle in some new blood so that when people retire they can take the ball and run with it.”

Some of the issues that Kilduff hopes to address if elected mayor are the repair of local roads and athletic fields and acquiring funding for a new police station. Merchant has been working with local legislators to try to secure funding for a new, modern station as the current station is too small to meet the needs of local officers.

“Anybody who's gone through our police station knows that this is an issue that we need to address,” he said. “Mayor Merchant and our local legislators have been working tirelessly to get something done. Our police deserve a place that they can do their jobs safely and effectively and that’s something that they currently don't have.”

Overall, Kilduff said that he wants to be a mayor that comes up with plans to use the resources at the town’s disposal wisely without affecting the tax rate in a negative way.

“There’s a lot of things that we need to do and we need to start prioritizing those things and knocking away at the list,” he said. “The number one issue when you go and talk to citizens is the condition of the roads, which is not an issue unique to Plymouth. That is something that I will talk a lot about during the campaign.”

While working on these projects, Kilduff wants to ensure that Plymouth retains its “small town feel.”

“I grew up here and while I did go off to college this has always been my hometown,” he said. “I grew up in the town’s athletic programs with great coaches and a great atmosphere. My wife and I just had our first baby in December and we want to plant our roots here. One thing that has stood out to me about our town is our volunteers. The members of our Fire Department and Ambulance Corps are always willing to go above and beyond. Our police officers are also very involved in our community, volunteering their time off the clock for things like backpack drives. Plymouth is a great community, but I want to raise the bar even higher.”

While adjusting to being a new dad, Kilduff said that he likes to get out and enjoy some of the “great parks” in town.

“I like to go for walks at Lake Winfield,” he said. “We have some really nice parks and I want to make sure that they continue to be taken care of and are properly maintained.”

Kilduff said that he wants voters to know that he grew up in town and doesn’t plan on going anywhere else.

“I live in the community, I want to see progress and I want to move forward without losing our small town feel,” he said. “I plan to meet challenges head on and I look forward to speaking with voters as I campaign in the coming months.”