'We did better than a lot of towns by a substantial margin': Plymouth came together to clear storm damage 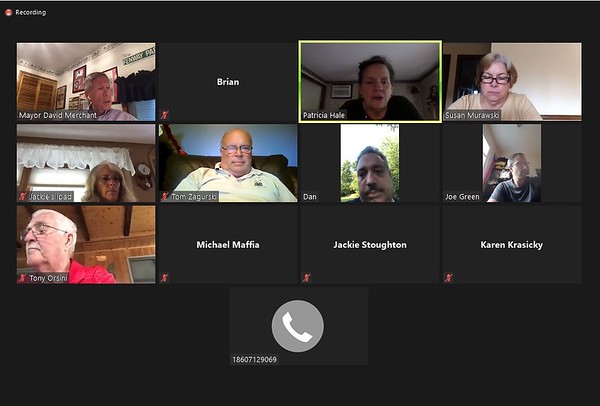 Merchant said he had “never seen something so much damage” as tropical storm Isaias, which hit the town last Tuesday and initially knocked out power for 85% of homes. When that happened, Merchant said, volunteer firefighters under the leadership of Fire Chief Mark Sekorski, “mobilized and did an incredible job.” They were accompanied by a truck from Eversource who gave local crews the go-ahead to safely remove fallen wires.

“We declared a state of emergency at 3 p.m. on Tuesday,” Merchant said. “There was quite a bit of damage and quite a bit of overtime for police, firemen and public works. They worked all through the night clearing out streets. We have been keeping track of expenses and we will turn this report over to FEMA (Federal Emergency Management Agency). Our roads were cleared by Wednesday at noon.”

Merchant praised the efforts of Tony Orsini, emergency management director, whom he said worked continuously communicating with Eversource throughout the emergency. He added that more than 50 residents headed to the fire station when it was opened over the weekend so people could charge their phones and get water.

“We did better than a lot of towns by a substantial margin,” Merchant said. “At times people were short on patience, but we made it through. There is no way to fully prepare for something like this, no matter what polices you put in place. Everyone worked together and did a great job.”

Orsini added the town brought an emergency generator to the Plymouth Community Food Pantry to help save 15,000 pounds of food.

“I feel very good that Plymouth is in a very good position right now,” said Orsini.

Councilor Dan Gentile thanked all those who helped the town get back up and running.

“You’ve done a great job, like this town has always done,” he said.

Merchant said there is still some cleanup work to do. The town opened up its Brush and Leaf facility on Tunnel Road on Saturday and Merchant said he would also open it Wednesday and Saturday.

“We are going to stay the course since we’ve had absolutely no issues,” he said.

Merchant said he hopes to speak with the Plymouth Town Council soon about potentially putting three issues out for referendum during the November election. These include the state-mandated phosphorus reductions to the water pollution control facility, the construction of the new police station and a five-year road repair bond. Merchant said he is still working on the road bond plan but that it may be a five-year, $5 million plan.

“We can’t do a lot with that, but we need to do something,” he said.