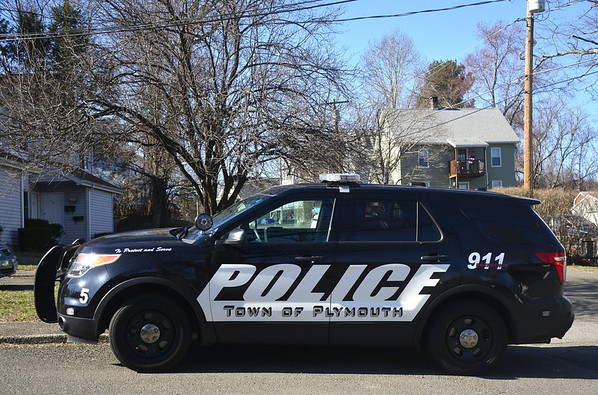 PLYMOUTH - A Terryville man has been sentenced to probation for abusing a 12-year-old child, grabbing him by the neck and kicking and stomping him while he was on the ground.

William Hunt, 34, of 27 Burnham St., accepted a plea bargain last week in Bristol Superior Court, pleading guilty to one count of third-degree assault, according to online court records. He was sentenced to a year in prison, suspended, and two years of probation.

Charges of risk of injury to a minor, third-degree strangulation and disorderly conduct were not pursued.

According to the warrant for his arrest, Hunt left the boy with blood in his eye, a black and blue and a scratch on his neck and chest on Sept. 16.

The victim, who is not related to him, told police Hunt was upset that he had left his bedroom door open, with the air conditioning running, while he used the bathroom, according to the warrant. He said Hunt hit him on the side of the head and pushed him to the floor, before stomping on his back and kicking the side of his body, the warrant said. The boy said that Hunt also picked him up by the neck during the incident.

According to the warrant, Hunt gave police a different version of events, saying he grabbed the boy by the shirt before they tripped and fell to the ground. He said he then stood up and picked up the 12-year-old by the shirt before slapping his head, the warrant states. Hunt said he also pushed the boy toward the bathroom, causing him to fall, the document continued.

Police wrote in the warrant that Hunt conceded that he “went too far with hitting” the boy.

Police became involved in the situation after being contacted by someone with the state’s Department of Children and Families on Sept. 21. The boy had told a social worker at his school that Hunt had hit him on several occasions.