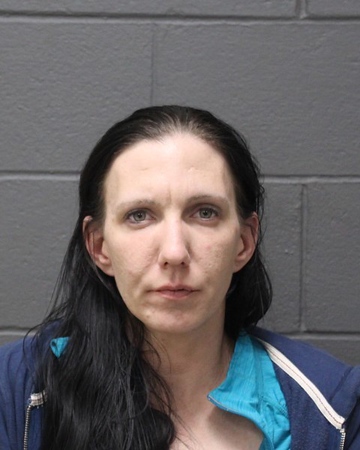 SOUTHINGTON - A Terryville woman has been accused of stealing from a local retail store and getting physical with an employee who confronted her.

According to police, Blake, on Jan. 16, took five hand bags and some jewelry from the TJ Maxx Store on Queen Street. The items were valued at $183.

Once outside the store, Blake was confronted by a loss prevention employee, who tried to retrieve the stolen items, police said. According to police, a physical struggle ensued, leading to Blake getting into a minivan and driving away.

Police later identified the suspect as Blake - who was held in custody over the weekend. During her arraignment in Bristol Superior Court on Monday, officials said she has three other pending cases in which she faces charges of possession of drug paraphernalia, possession of a controlled substance, second-degree forgery and interfering with police.

Officials at the hearing also said Blake has previously been convicted of failure to appear in court and has multiple sixth-degree larceny convictions on her record. State prosecutors noted that she can be treated as a persistent larceny offender, which would enhance the penalties she can be exposed to.