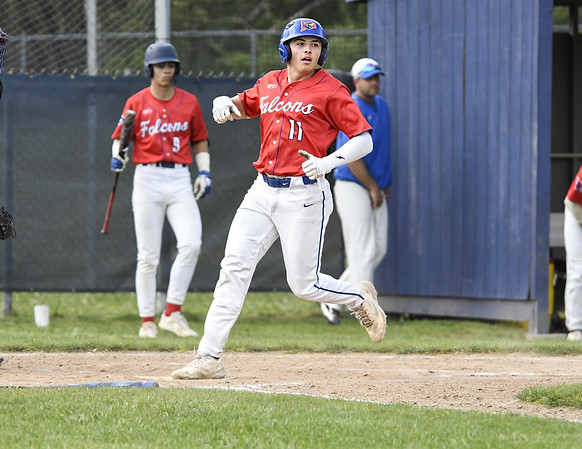 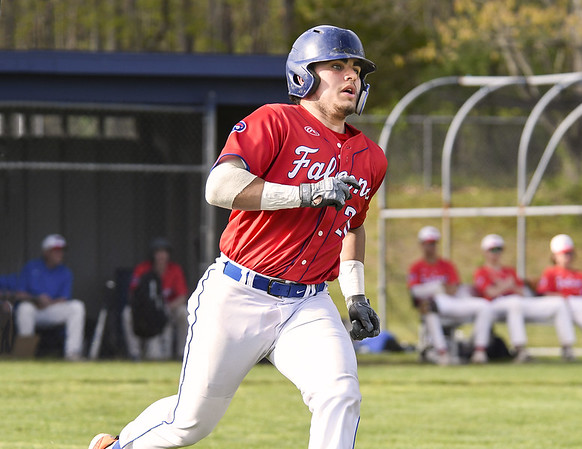 BRISTOL - The St. Paul Catholic bats got hot in a huge 15-1 offensive victory over Crosby on Wednesday. The Falcons and Bulldogs played five innings before the mercy rule brought the game to an early end.

With the win, St. Paul (18-0) secured the top seed in the NVL tournament beginning Tuesday, May 31.

After a scoreless first inning, Steve Morelli led off the bottom of the second with a stand-up double. Morelli would later score the first run of the night on a single by Cal Chance.

St. Paul’s offensive explosion started with back to back singles from Jonathon Remillard and Chance with one out. Devin Kulas hit a double in the gap to drive in the first two runs of the inning. Ryan Daniels and Mario Izzo both walked, loading the bases.

Back to back RBI singles from Casey Cerruto and Steve Morelli became the third and fourth runs of the inning.

The Falcons added an astounding 10 additional runs during their epic inning. Highlights include a line drive from Chance, which drove in a run on his third single of the day. Kulas hit his second two-run double of the day to collect 4 RBI.

Crosby went to bat at the top of the fifth inning hoping for a comeback. When all three batters were retired in order, the mercy rule ended the game.

The St. Paul Catholic baseball team has had an exceptional week remaining undefeated against their toughest opponents in the NVL.

Senior Brendan Foley pitched a perfect game in a memorable performance against Woodland Regional (12-5) Monday. The left hander threw just 79 pitches over seven innings and didn’t allow a single batter to reach base. Foley struck out at least one batter in every inning including three in the top of the fourth when he struck out the side.

The Falcons faced Holy Cross (8-6) on Tuesday walking away with an 11-1 victory. The St. Paul offense started early, scoring 6 runs in the bottom of the first and scored at least one run over the next three innings.