'It's a weird season': Bristol Eastern and Bristol Central boys soccer gets postponed due to positive test at Farmington, but other sports begin seasons after long wait 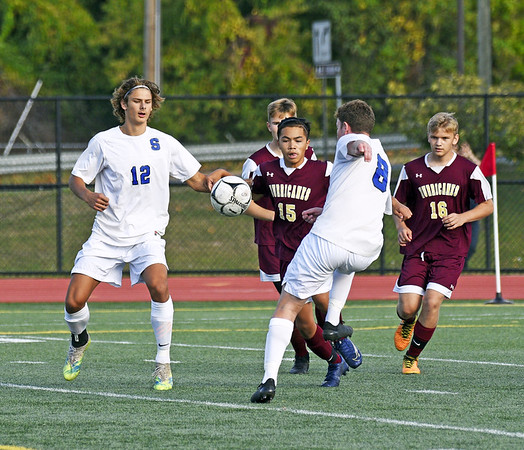 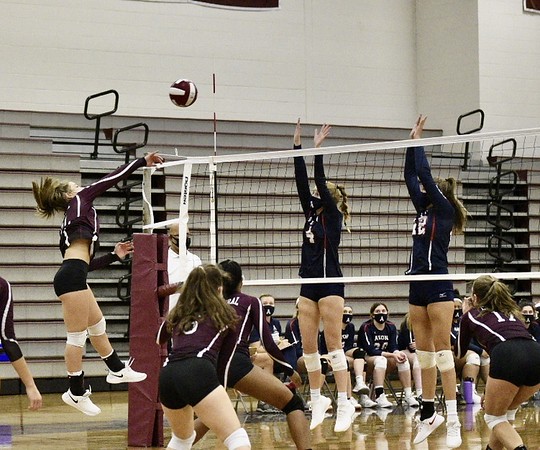 BRISTOL - Thursday marked the end of the nearly seven-month drought as soccer players, volleyball players, cross country runners and field hockey players across the state competed in the first official athletic contests of the 2020 fall season.

Unfortunately for the Bristol Eastern and Bristol Central boys soccer teams, they will have to wait a little longer to kickoff their seasons as a student from an opposing school tested positive for the coronavirus, forcing them to postpone their opening matchups and potentially postpone their game against each other Saturday.

“The department of health contacted our school district and said that a team that we had competed against recently had a positive case,” said Christopher Cassin, the athletic director of Bristol Public Schools. “So [it] notified us that we should take some action with our game and we did and subsequently our games [Thursday] were postponed. Our plan is to reschedule them to a future date, what that might be I can’t say at this point.”

Bristol Eastern Athletic Coordinator John Stavens confirmed it was a student from Farmington, which scrimmaged against Bristol Central on Sept. 26 and was scheduled to play Bristol Eastern on Thursday. Due to their close contact with someone who tested positive, the Bristol Central soccer players will be required to quarantine until Oct. 11, according to Michael Dietter, deputy superintendent of schools for the Bristol Board of Education.

“Evidently Farmington had a player with covid and we were notified very last minute,” Stavens said.

Farmington Athletic Director Edward Manfredi told the Bristol Press while the school was not able to provide much information at this time, it was airing on the side caution.

“[Thursday’s] game was postponed after school officials were informed of an individual who tested positive for covid-19,” Farmington Athletic Director Edward Manfredi said in an email. “We opted not to play in order to assess the safety of members of the school community.”

After seeing the previous two seasons get cut short and canceled and then spending most of the summer unsure of whether the fall season would happen, these student-athletes were ready to inaugurate the return of high school sports in Connecticut.

“We were pretty excited,” Eastern head coach Bill Sweet said as his time began an intrasquad scrimmage. “The kids were here early, they were anxious, it was awful hard to rein them in for a little bit. When we didn’t see Farmington arriving - they’re good, that’s a quality program - so [we knew] it had to be something wrong.”

Soccer wound up being played in the Hardware City, where New Britain boys soccer hosted Southington to open the season, and while the Senior Night festivities were held off because of a late start, it was still a relief for the seniors to be out on the pitch beginning their last season under the most unique circumstances.

“It feels really good to be out here,” New Britain senior Davoy Samuels said. “It’s my senior year and it’s great to get to play, even if it isn’t like normal times.”

On the other side of the field, Blue Knights first-year head coach Austin Magaro couldn’t help but notice all of the reminders that this season would be far from normal, especially when the game clock hit zero and the match ended in a scoreless tie, with covid-19 regulations forbidding overtime.

“From masks on the bus to masks on the sidelines, there’s always this constant reminder of what’s going on,” Magaro said. “But to get out here and play, we’re grateful for that opportunity. We all have friends on the football team and we know they’re itching to play and they can’t get that opportunity, so we’re making the most of ours.”

The atmosphere was different in the stands as well, where only limited family members for the home team were permitted. The towering bleachers at Veterans Stadium stood mainly empty, and when the junior varsity teams filed into the stands after returning from their own game, they were quickly reminded by school officials down on the field to remain six feet apart when sitting down. Across the field, a small group of visiting fans took in the game from outside the fence, standing socially distanced to take in the season opener any way they could, as new restrictions limit spectators to only certain family members for home student-athletes.

“It’s not how you want it to be, but at least you have something where you can see it and don’t miss anything,” said Lisa Burdette, mother of Southington senior Cooper Burdette and the Blue Knights’ team photographer. “We don’t want to push the envelope and have the season stopped because there are parents somewhere, but it’s really hard not to watch. That’s what I find very difficult. I have a senior and I missed some of his games because I had a senior two years ago. I never miss my kids’ games from when they were younger. Now that he’s a senior, I don’t want to miss a second.”

The players themselves were also trying to take in every second, embracing every chance they got to be on the field, even if the game ended earlier than normal due to the reality of circumstances.

“Our coaches said we have to take every practice and game as a gift,” Southington’s Liam Schroeder said. “There are sports that aren’t getting to play, and now we’re out here playing our first regular season game. It’s a blessing for us. We’re taking every practice as our last practice, because we don’t know when they could cut it off. We’re just grateful to be out here.”

Whether they would be out on the field this year was far from a given as the spring and summer months past, and despite a few hiccups in surrounding towns, the fall sports season got off the ground on Thursday, ending a drought of more than 200 days.

“For a lot of these guys, maybe they played in a few summer league games, but to get out here and represent the school, that means a lot to them,” Magaro said.

For that reason, players and coaches are willing to handle any obstacle or restriction thrown their way, as long as it gives them a chance to play, which it did on Thursday.

“It’s a weird season,” New Britain head coach Garth Lawrence said. “We only had one scrimmage and my team was put together kind of at the last minute, but with everything going on, we’re going to come out and give it 100 percent every game.”

Down the street from Veterans Stadium, the New Britain and Southington girls volleyball teams opened the season with another added wrinkle, with the Hurricanes hosting their Senior Night to start the season, like many other schools across the state.

“They live for this,” New Britain head coach Michelle Abraham said. “It’s huge for our girls to have a Senior Night and to be appreciated for what they’ve accomplished for however long they’ve been here. They look forward to it, whether it’s the first or the last game of the season.”

The major difference on the court was the sight of each player being masked during the entire competition, which ended in a 3-0 win for the Blue Knights, but even the face coverings couldn’t conceal the joy of being back in action for the first time since March 9.

“We practiced a lot with the masks, so once we got in the game we just did what we had to do and worked with what we have,” New Britain senior Audrey Belliveau said. “We’ve been conditioning a lot, so we’ve already gotten used to breathing with them. It was nice to get to play. I’m excited for the rest of the season.”

The energy was quiet, but focused at the Charles C. Marsh gymnasium at Bristol Central for its volleyball game against Avon. With volleyball being considered a high-risk sport it was a relief that the sport was accommodated to be played during the pandemic.

“It’s pretty much the same except you have to wear a mask,” Bristol Central parent Jeff St. Onge said. “I’m happy because it was only supposed to be one parent [allowed at games] until like yesterday or two days ago, so I’m glad they allowed us to have two.”

St. Onge said he does not see how this is any different from having the kids in a classroom.