Looking back at the area's top lacrosse teams of all time 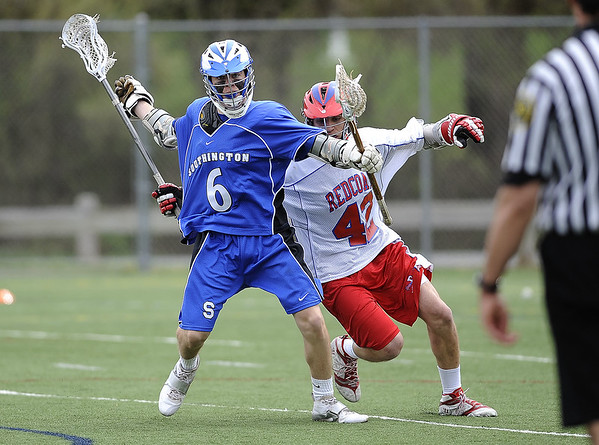 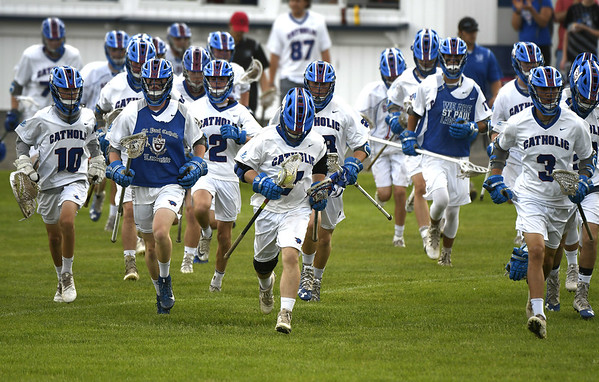 Being one of the fairly newer sports to catch on in the New England area, local lacrosse history doesn’t run particularly deep. Only a handful of area schools have lacrosse teams and we’re still waiting for the first lacrosse state champion to come from our area.

Still, there have been a number of memorable teams during the CIAC lacrosse era, which began in the 1990s, and we listed the best here, in continuing with our series of remembering the top local high school teams, in every sport, of all time.

Here are the best local lacrosse teams to ever take the field:

In what was just the sixth year of the program’s existence, the Falcons weren’t expected to make too much noise during the 2018 season. They were starting a freshman goalie in Connor Matthews, and finished the previous season below the .500 mark. But St. Paul made it clear right away that the 2018 season would be a lot different.

The Falcons ran off 11 straight wins to begin 2018, outscoring their opponents by a combined 179 goals. St. Paul flat-out dominated every team it faced, including an 18-10 win against a Lewis Mills team that had beaten the Falcons twice the year before. Armed with All-State talent Brycen Kennedy, St. Paul finished the year with a 15-1 record, good for the top overall seed in the Class S state tournament. The Falcons opened with a dominant 17-6 win over Tolland in the first round, but hit a tough break in the quarterfinals when they were pitted against ninth-seeded St. Joseph, one of the top lacrosse programs in the state. St. Joseph walked away with an 11-1 win and cruised to another state championship, but it still remains the best team St. Paul has ever had.

The Blue Knights had plenty of balance in 2013, winning a state tournament game without any All-State selections on their roster. Southington finished the season with a 12-4 record, having never lost consecutive games and won four straight to conclude the regular season and secure the No. 7 seed in the Class L state tournament.

In what was the team’s first-ever state tournament victory, the Blue Knights took down 10th-seeded Hall 12-8 in the first round, before losing to second-seeded Simsbury 5-1 in the quarterfinals. It remains the program’s only quarterfinals appearance and represents one of the best teams Southington has ever produced.

The boys team wasn’t the only Falcons squad to win a state tournament contest in 2018. The girls team was also making waves, putting together an impressive 11-5 regular season, though it only landed them the No. 9 seed in the Class S state tournament because of a stacked class that featured 11 teams with at least 10 wins. Still, St. Paul was able to secure its deepest state tournament run ever thanks to a convincing 13-7 upset victory over Lewis Mills, the No. 8 seed, to secure a spot in the quarterfinals. The run ended there with a lopsided loss to top-seeded North Branford, and despite not boasting any All-State selections, it was a team to remember.

The Indians didn’t look like a state tournament team at the start of the 2014 campaign, losing two of their first three games to immediately fall behind in the race for a postseason berth. But Newington picked it up from there, responding by winning four in a row and seven of its next eight to send the team on its way to an 11-5 record and the No. 9 seed in the Class L state tournament. In a classic local battle in the first round, the Indians hit the road for Southington and took down the eighth-seeded Blue Knights 11-8 to head to the quarterfinals.

Newington had lost to Southington earlier in the season, but was a different team by the time the postseason started. Unfortunately, the next obstacle was top-seeded Glastonbury in the quarterfinals and the Tomahawks won easily on their way to a state final appearance. It was still a memorable year for Newington and Alex Zapatka, who was named All-State after the season.

The Indians weren’t a powerhouse by any means during the 1999 and 2000 seasons, but they always seemed to find a way to make noise once the postseason arrived. It began in 1999 with an 8-8 record that gave Newington the No. 5 seed in the Division II state tournament, where the Indians edged 12th-seeded NFA 9-7 to advance to the quarterfinals. The run ended there with a 12-7 loss to fourth-seeded Brien McMahon, but the team was right back the following year, once again going 8-8 and advancing to the quarterfinals thanks to a 13-4 win over ninth-seeded Branford. But Brien McMahon, this time the top seed in the tournament, loomed again in the quarterfinals and took down Newington 13-5 on its way to a state championship.

But two state tournament wins in as many years was an impressive feat for the Indians, who enjoyed another memorable year in 2012 after winning a share of the conference title thanks to a 7-1 conference record.