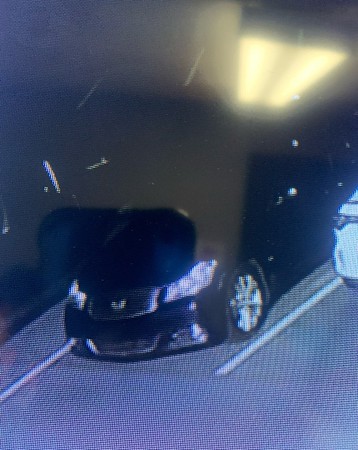 SOUTHINGTON – Police on Tuesday released a photo of a vehicle believed to be tied to some of the 18 recent car break-ins reported in town.

The vehicle, shown in image stills captured by video surveillance, is a dark sedan with what appears to be tinted windows.

Egan encouraged anyone with information about the vehicle to contact Southington police at 860-378-1600.

The release of the images came a day after police said they are investigating 18 car break-ins reported in just over a month. In each of the “smash and grab” vehicle burglaries recently reported, police said, all of them have involved valuables that were left in plain view of a locked vehicle.

The most recent rash of car burglaries has spanned from early August through this past weekend. A majority of the break-ins were reported outside commercial establishments, while a few occurred at private residences.