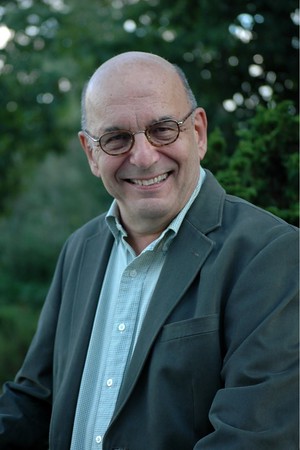 SOUTHINGTON – The Southington Democratic Town Committee has named Tony D'Angelo as Distinguished Democrat of the Year in recognition of more than 50 years of service to the party and to the local community.

"Working with the town for all these years has been very enjoyable," said D'Angelo. "There have been difficult times and there have been good times. I look at this as a group honor. I'm really thankful that they selected me."

D'Angelo said that his sister, Fran, first got him interested in politics in the 1970s. He came to serve on numerous boards and committees as a result.

"I've always been very community-minded," said D'Angelo. "I have been involved in the Apple Harvest Festival since its inception. I've always enjoyed volunteering."

D'Angelo served as vice-chair of the Southington Democratic Town Committee starting in 2020. In 2021, he was voted in as the new chair when the previous chair resigned, finishing his term in March 2022.

"During this time, we replaced the treasurer and developed a financial plan," said D'Angelo. "We were able to attract many new members representing all levels of Southington and we developed a leadership team to work with all democratic candidates."

"I have known Tony D’Angelo since 2001 when we served on a school redistricting committee," he said. "He has always been very thoughtful and ethical. Tony is someone I call a true friend who as always supported me. I am honored to be his friend. I cannot say enough things about Tony. There is no one more deserving of the Distinguished Democrat of the Year for 2022 that the party has bestowed upon him”.

"As the standing vice chair, Tony D'Angelo became chair and appointed a team of individuals that he charged with determining the best course of action going forward," said Cowles. "His leadership was critical at a time when the SDTC needed to be rebuilt, re-established and re-energized. Tony gave us the direction we needed at a critical time."

Cowles said that the Southington Democratic Town Committee is now "stronger than it has been in many years." She said that she is "eternally grateful" for D'Angelo's leadership.

"Congratulations to Tony as Southington's Democrat of the Year and we look forward to continuing to work together for many years to come," she said.

D'Angelo is also a former town council member, having served four terms from 2003 to 2011. In 2018, he filled a vacancy on the Planning and Zoning Commission and he currently serves on the town's Planning Committee.

Outside of politics, D'Angelo's service includes 35 years in public education as a teacher, guidance counselor and coordinator of special education before retiring in 2002. He also chaired the Apple Harvest Festival for more than 25 years. He also served as a Library Board member and chairman from 1999 to 2003 and served on the School Redistricting Committee from 2001 to 2003.

A lifelong resident of Southington, D'Angelo attended Central Connecticut State University with a degree in Education, masters in Guidance and 6th year at SCSU in School administration.