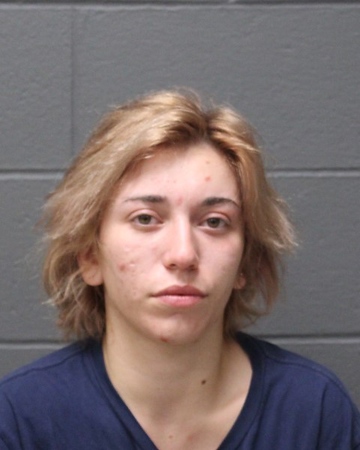 SOUTHINGTON -- A Ledyard woman was arrested by Southington police on Thursday after allegedly being found with meth and “magic mushrooms.”

Police said Emma Watson, 24, of Gales Ferry, was found with the drugs during an incident on Aug. 4, when she called 911 following an argument between her and a male. She initially told police she did not remember making the call before later saying “she was nervous and was trying to scare another person,” according to police.

During the investigation, police found that Watson had warrants out for her arrest for failure to appear in court. She was taken into custody in connection with those charges and was found with “two large zip lock bags containing white crystal rock like substance, two full zip lock bags containing a mushroom substance, and other miscellaneous pills on her person,” Lt. Keith Egan said in a statement.

Watson during an interview with police said the white crystal-like substance was "meth" and the mushrooms were "shrooms," adding that they both belonged to her.

Egan said testing of the items confirmed they were amphetamines/meth and LSD/magic mushrooms.

Watson was not charged for the drugs until Thursday. She was initially held on $10,000 bond and arraigned in New Britain Superior Court. Her bond was increased to $25,000 during the hearing, which she has not posted.