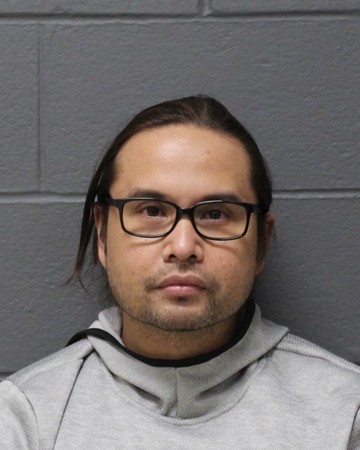 SOUTHINGTON -- A Bristol man accused of secretly setting up a camera in the bathroom of a Southington retail store where he worked is seeking a diversionary program.

Joy Recio, 40, of 22 High St, Apt. B2, Bristol, applied for the program during a hearing last week in New Britain Superior Court.

He is due back in court on Oct. 19 to learn if a judge will grant the application. Under diversionary programs in the state’s judicial system, defendants can be on a form of probation for up to two years, with the caveat that, if they stay out of trouble and complete any conditions set forth by a judge, their charges can be dismissed. One of the most common of these programs is Accelerated Rehabilitation, which is for first-time offenders.

According to police, Recio has been accused of setting up a motion-activated camera in an employee bathroom at the Target store at 600 Executive Boulevard. The camera was discovered on Jan. 28 after becoming “unstuck from the wall and falling to the floor,” according to Lt. Keith Egan.

Though the camera was set up so that it could only see people from the waist down, police said they were able to identify multiple victims and interview them during the investigation.

Recio faces three counts of voyeurism with malice. After initially being held on $25,000 bond, he was freed on a promise to appear following his arraignment in February.

According to police, officers were called to Target after an employee discovered the camera in a single-person bathroom that is designated for employees only. Store employees helped police identify Recio as the person suspected of planting the camera in the bathroom. He was otherwise described as a “good employee” who has worked there for over three years, police said.

During the investigation, Recio confirmed owning the camera, police said. He was unwilling to provide any information, according to police.