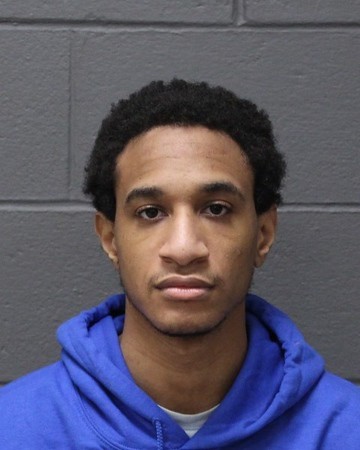 SOUTHINGTON -- A New Britain man has pleaded not guilty to accusations of misleading an 8th grader from Southington into sending inappropriate videos to him, using a ruse that led the minor to believe he was communicating with a girl.

Tyler Pertillar, 22, faces charges of enticing a minor by computer and risk of injury to a child.

According to judicial records, the 22-year-old was scheduled to appear Friday in New Britain Superior Court. During the hearing, judicial records said, he pleaded not guilty to all charges, though records also indicated Pertillar was sent a letter notifying him of his next hearing. This is usually done when a defendant misses a hearing, indicating that his attorney may have entered the pleas on his behalf.

The arrest warrant in the case indicates the victim in the case met with police in June 2020 and told investigators he began having conversations with Pertillar about a year earlier after friends told him that Pertillar was a “cool guy.” The minor friended him on both Instagram and Snapchat, the warrant said.

In March 2020, the warrant continued, Pertillar posted a message on Snapchat that said “Text me if you want me to buy you something from Amazon.” The minor told police he responded, saying he would like a pair of sneakers and a gift card.

Pertillar, police wrote in the warrant, told the boy he would need to “add” a girl named Jess on Snapchat and do whatever she told him in order to get the gifts. The victim told police he complied and added the user -- who investigators allege was actually Pertillar.