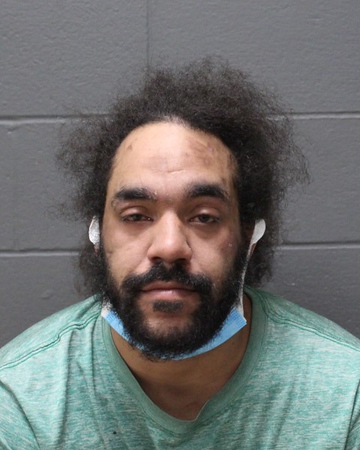 SOUTHINGTON -- A Hartford man was arrested Saturday for allegedly sexually assaulting and choking a Southington resident.

According to police, Williams was uncooperative during the booking process and refused to comply with instructions. Police said an officer sustained an unspecified injury during the process, requiring medical attention.

Williams, police said, was at a Berlin Avenue home on Friday when officers were called there on the report of an intoxicated person possibly assaulting someone. The victim told police Williams was allowed into the home, but when he got there he was under the influence of something and struggled to maintain his physical balance.

An investigation led police to believe Williams sexually assaulted and choked the victim, placing his hand multiple times around the resident’s neck, cutting off the ability to breathe, according to police.

He was charged the next day around 5:30 a.m. Police said Williams declined to answer questions about the allegations.

According to police, the investigation has been turned over to detectives. It remains active.

Williams was detained on $100,000 bond. He is scheduled to appear in New Britain Superior Court on March 20.