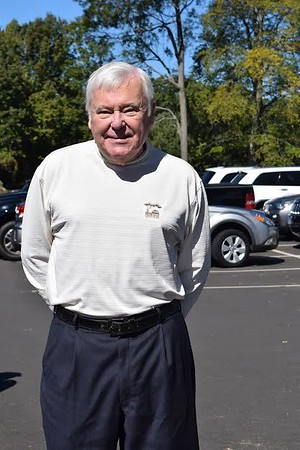 BRISTOL – Southington-based nonprofit LISA, Inc., which provides safe living environments for youths in the care of DCF and helps them transition to adult life, is honoring the charitable community efforts of late Bristol resident Brian Farrell Sr. at its golf tournament this year.

Brian Farrell Sr. died March 7. He helped to co-found the golf tournament 16 years ago and has been a strong supporter of LISA, Inc. and other community organizations.

Deb Farrell, assistant director of quality improvement with Community Solutions, Inc., which has merged with LISA, Inc., is Farrell's daughter in law. She described him as a "family oriented man," and "very sociable" and said "people loved him."

"He was so giving and very charitable," she said. "If he knew that someone was in need, he wouldn't hesitate to help them."

Elizabeth Hyatt, director of communication for LISA, Inc., said Farrell Sr. helped to enhance the lives of countless youths in LISA, Inc.'s programs. "Outside of the golf tournament, he held personal campaigns to raise money so that young men and women could afford experiences such as going to New York to have dinner and see a Broadway play."

Deb Farrell said Brian Farrell Sr. raised approximately $700,000 for LISA, Inc. over the years through the golf tournament and other fundraisers.

"He co-chaired the golf fundraiser for 15 years and he was a huge advocate for us," Deb Farrell said. "He would never miss any of our open house events and he would always recommend that other organizations such as United Way support us."

Deb Farrell said she is proud to be carrying on Brian Farrell Sr.'s legacy.

"This is the first year for me that I'm running it without him; he was always my sidekick," she said. "At first I was nervous. But once I found out that my colleagues like Kim Selvaggi (executive director of LISA, Inc.) and Liz Hyatt were just as committed and that it meant a lot to all of us it got so much easier."

The 16th Annual Golf Classic will be held Sept. 28 at The Farms Country Club in Wallingford. Proceeds will go toward improving the quality of life of young people engaged in LISA, Inc.'s programs and services.

Each year, the tournament also honors supporters who have “gone above and beyond” with awards. Starting this year, that award will be named the "Brian M. Farrell Sr. Heart of LISA, Inc. Award."

"This award will be presented to anyone who is as loyal and dedicated as Brian and who helps to enhance the lives of our youths," Deb Farrell said.

The recipient for this year is the O.H. Platt High School Teens Helping Teens Community Project.

"For the past several years, they have been raising money through different events to support our kids," Farrell said. "Many of them come from not so great circumstances themselves, but they have empathy for the youths in our programs."