Axe throwing is coming to Southington on Center Street

Brian Johnson Staff Montana Nights Axe Throwing owner Merle McKenzie in the space next to GameCraft Arcade on Center Street in Southington which he will transform into his next location. Buy this photo 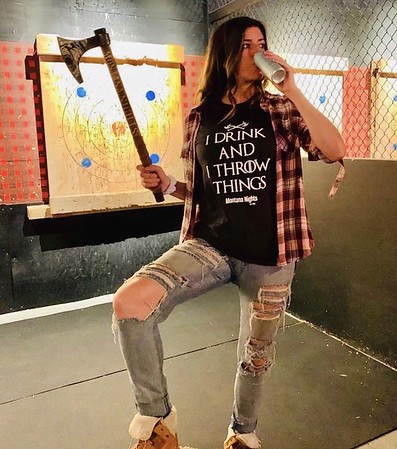 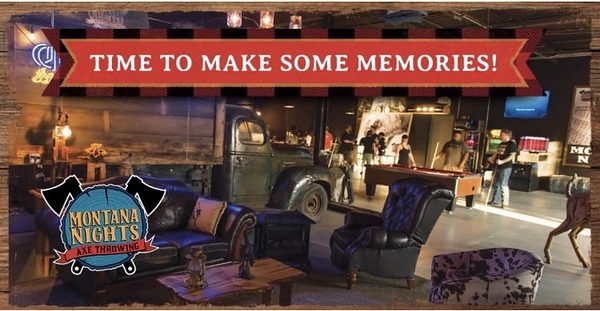 SOUTHINGTON – Montana Nights Axe Throwing will soon begin construction on a location on Center Street, next to GameCraft Arcade, which owner Merle McKenzie aims to have open by April.

McKenzie said town officials were great to work with, moving quickly through the zoning process when he approached the commission in January. He will begin work on the 4,600 square foot location around the back of the Factory Square building at 168 Center St. next week. He said he expects it to be a “quick build.”

“One of my business partners was looking at opening something in this building and the ownership of Florian Properties reached out to us and asked if we were interested in this opportunity,” said McKenzie. “I love the ‘one stop shop for entertainment’ feel of Center Street. It has Smokin with Chris, a popular brewery (Witchdoctor Brewing Company), GameCraft, an escape room (Escapism LLC) and many other retail spots coming in the future. It’s a phenomenal area that feels a lot like Brooklyn in that you can easily walk between the different businesses and restaurants. People can also visit it from the bike path in the summer.”

McKenzie said that he will likely employ 15 people initially and 20 to 25 people, a mix of full time and part time positions, when his business is fully up and running.

McKenzie opened his first, 8,000 square foot, Montana Nights location at 80 Fenn Road in Newington in 2018. Since then, he said that business has been “going gangbusters.” Two months ago, he opened another axe throwing business in Enfield with a Viking theme, Odin’s Keep. Now, McKenzie wants to make Montana Nights into a franchise and Southington will be his first step in growing the brand.

“I used to own a lot of CrossFit gyms and shortly before I sold my last location I saw that axe throwing was becoming popular in Canada; I thought it was a fun concept,” he said. “A year later, I saw that it was getting popular in the U.S. too and I decided to make the commitment. We have been very well received; people are excited about the opportunity to go out for the night and try something new.”

While the Newington location has games and pool tables, McKenzie said that he felt other businesses in this area have that sort of entertainment covered. The new location will focus on the bar and the axe throwing.

There will be 12 targets and six pits in the main area and also a private room with two additional pits which can be reserved for birthday parties, corporate events and other special occasions. Each pit will be 14 feet in length for safety purposes. They will have room for two people to be throwing axes at a time under the guidance of an “Axepert” instructor.

As the name implies, McKenzie said the Montana Nights location in Southington will have a rustic, Montana lodge feel. He said that he wants to create a fun, family-friendly experience for visitors 10 and up.

“It’s safer than it may appear at first,” he said. “People have ill informed ideas about axes and alcohol but people aren’t coming here to get sloppy drunk. And, if it was really so unsafe, would it be as popular as it is around the country? We want this to be a fun place where people can come to have a good time. A lot of the fun is getting to meet new people in groups. The experience is enhanced by banter and friendly competition.”

While McKenzie said that much of his business comes from those coming in to throw axes casually for fun, he also intends to have competitive leagues in the future. Additionally, staff may play other games with groups such as seeing who is the first to score five points or crowning the person with the most points as the Lumber Lord.