Fritters and critters at the Southington Apple Harvest Festival 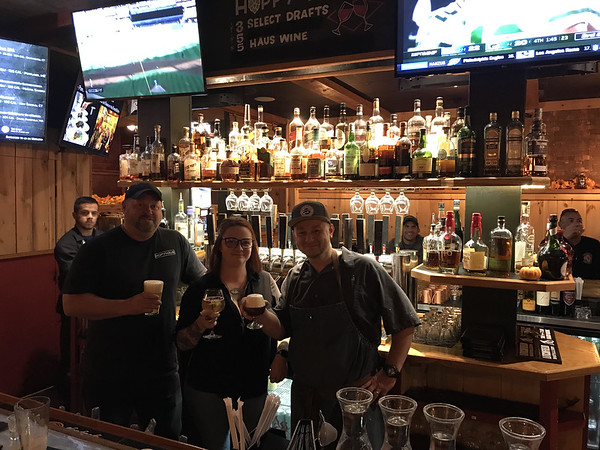 Photo courtesy of Sarah Lucian Girls do their nails together at a previous Girl’s Night Out. Buy this photo 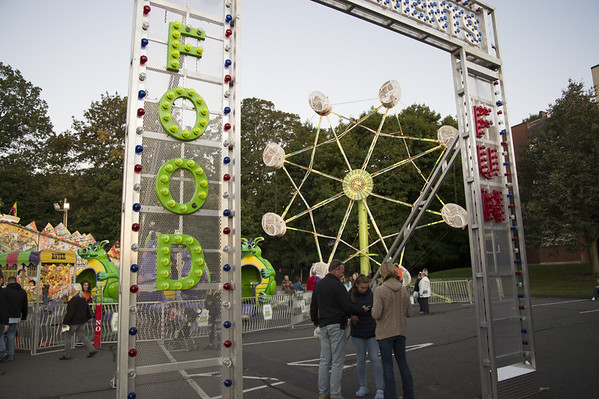 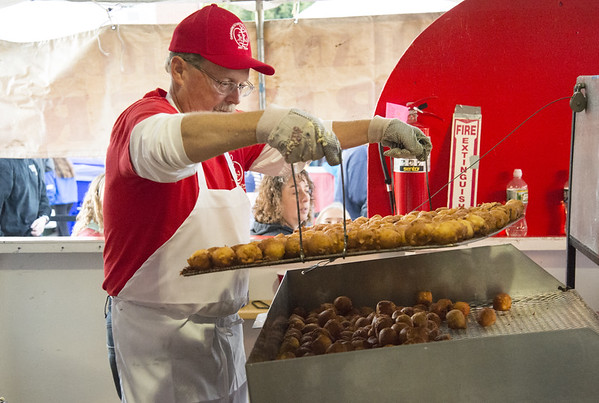 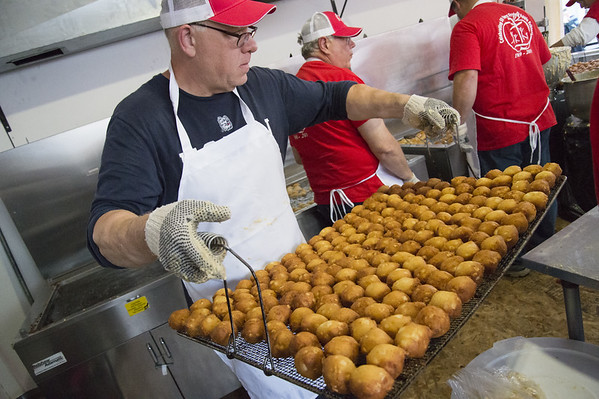 SOUTHINGTON - After a rainy week, an idyllic fall day at last came through just in time for people to enjoy fun and fritters at the opening day of the 51st Annual Apple Harvest Festival.

Shoes crunched over fallen leaves and acorns as people made their way to the festival’s opening evening. The town green and Riccio Way were lined with booths and tents. In addition to the traditional fritters which drew their usual long lines, there was a wide assortment of food available from local restaurants and food trucks. Community organizations greeted festival-goers. Kids were quick to stop by a balloon cart and pick one with their favorite superhero – or in one case a big inflatable hammer. Others headed to The Barnes Museum to ride on their carousel or to a pen set up by Bradley Mountain Farm which offered “goat snuggles.”

Anneliese Dadras, of Bradley Mountain Farms, walked “Kalimba” a Nigerian dwarf goat, in on a leash and then picked her up for snuggles to demonstrate.

“This is the first year we are able to offer goat snuggles,” said Dadras, who frequently brings the goats out to community events. “They’re used to socializing with people at our goat yoga and goat walks at the farm.”

Later, Dadras dressed up the goats in tutus and cute apple hats as kids began to crowd around.

All the while, live bands, such as Beatles tribute band Studio Two, entertained on the main stage, filling the crisp air with music.

Leticia DeBorros was first in line for Zion Lutheran Church’s famous fritters Friday. She said she works at Simply Gorgeous by Erin Salon nearby and wanted to be at the booth as soon as it opened.

“Last year I waited in line for three hours but it was so worth it,” she said. “I like the music and the food at the Apple Harvest Festival, especially the food. Besides the fritters, I really like the kettle corn.”

Marge Cusano said she has been coming to the festival for as long as it has been held.

“I like the food, the fritters, the activities that go on and the entertainment,” she said. “It’s a real highlight of the year.”

Gabriella Faith said “the food is where it’s at” for those who visit the festival.

“I like the fritters, the chicken on a stick and the food at Giovanni’s,” she said.

Marc Kowalczyk said he grew up in Southington but now lives in Bristol. He had been coming to the festival for about 20 years.

“You have to go,” he said. “There’s a lot of food; I usually go for the Polish plate and of course the fritters. I also like to see the fireworks every year.”

For Gale Yost, who was born in Bristol but now lives in Nebraska, it was her first time at the festival.

“I love the variety of food,” she said. “There’s Thai, Mexican, everything. I came up here for the Big E and right now I’m exploring to see everything that’s here. I’m looking forward to shopping around and taking part in the activities.”

Later Friday night, festival-goers were treated to a laser light show which saw the whole sky lit up with dazzling displays.

The Apple Harvest Festival’s first week will continue Saturday from 11 a.m. to 9 p.m. and Sunday from noon to 7 p.m.

Saturday will have an apple pie baking contest with judging at 11 a.m., followed by an apple fritter eating contest at noon.

Fans of 90s rock will have a chance to see “The Spin Doctors”, famous for their songs “Two Princes” and “Little Miss Can’t Be Wrong” take the stage at 7:45 p.m.

And, as if a laser light show the night before wasn’t enough to astound festival-goers, those who head downtown Saturday will get to enjoy the explosive entertainment of the annual fireworks show starting at 9 p.m.

The road races, sponsored by the YMCA, will be this Sunday starting at 8:30 a.m. They will include a 5-mile race, a 5-K race, a two-mile run/walk and the little fritter fun run for kids.

Sunday will also be the day of the Apple Harvest Festival’s parade, which will start at 2 p.m. The parade, which theme is “Bushels of Family Fun”, will have numerous floats from community groups and John Myers, retired former YMCA executive director, will be Grand Marshal.

The carousel at The Barnes Museum will also be available next Friday from 5 to 9 p.m.

Other attractions people can look forward to each day of the festival include a children’s carnival, “Van Goat” art with the goats from Bradley Mountain Farm, and a pay to play water ball game behind the main stage.

Dogs, except for service dogs, are prohibited. For more information, including the full lineup of entertainment, sponsors and vendors, call 860-276-8461 or visit southingtonahf.com.