Submitted by Tanaye White Tanaye White, who was raised in Southington, walks down the runway during Miami Swim Week for Sports Illustrated. Buy this photo

Submitted by Tanaye White Tanaye White, who was raised in Southington, walks down the runway during Miami Swim Week for Sports Illustrated. Buy this photo 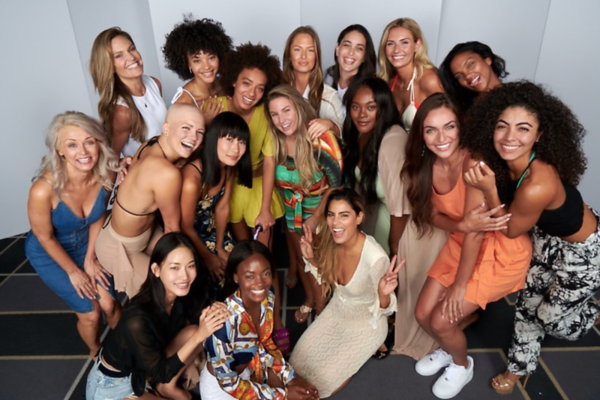 SOUTHINGTON - It was Tanaye White’s childhood dream to be a model. But after encountering a modeling scam in college that wanted money up front, she never thought it would be anything more than a hobby.

That was, until, she landed a spot modeling for Sports Illustrated Swimsuit.

White was raised in Southington, where she still holds the long jump record at Southington High School. Now residing in Annapolis, Md., she works as a communications manager.

Last year, she saw on Instagram that Sports Illustrated Swimsuit was doing an open call. She said to herself, “Let me just try it out.”

She rose to the top 16 that year, handpicked by Kate Upton to be a finalist. Now this year, out of 5,000 aspiring models, she broke into the top 17.

“I was just mind blown. That kind of reignited my passion for modeling,” she said.

The finalists in the Sweet 17 participated in the #SISwimSearch fashion show in Miami. They are also working with Upton and her Strong4Me fitness brand.

Through #SISwimSearch, White was able to shoot with the iconic photographer Yutsai, which she said was one of her favorite parts of the experience. People pay millions of dollars to shoot with him, she said.

“Even if I don’t make it past this round, God forbid, I was ecstatic,” White said.

This year’s top 17 finalists are Sports Illustrated Swimsuit’s most diverse group ever. It defies what people usually think of when they hear the word model. There’s a 55-year-old mother, a woman with alopecia, a disease where you lose your hair, a woman in a burkini and a woman in a wheelchair fighting an undiagnosed illness.

“When it comes to diversity and inclusion SI is the only one I know of that is pushing the envelope,” said White.

White wants to dispel some misconceptions people have about modeling.

“People believe modeling is just being a pretty face or posing in front of a camera or walking down a runway,” she said. However, it takes resiliency and confidence.

“You hear a thousand no’s before you hear one yes,” she said. “You really have to have that mental strength.”

There are many places in the modeling industry that criticizes women’s looks, telling them to be thinner, or less muscular.

“Their opinion doesn’t affect how I feel about myself,” said White.

Modeling isn’t only about fashion, she said; it’s about increasing self-esteem and trying new things.

“I think modeling empowers women in a lot of ways,” she said. “I think it has a lot of positive connotations.”

Models express themselves through clothing, the way they act and how they present themselves to the public, White said.

“When you’re a model, you have to be confident in your own skin,” she said.

Being a nice person is also important. Fans will want emulate that, White added.

So, what’s next for Tanaye White?

“I want to segue from a full-time job to model full time,” she said.

White is currently working on campaign for Vivica A. Fox Hair Collection and signed with a modeling agency three months ago.

It’s her dream job to model for Nike because she’s athletic.

“I own everything Nike and I’ve grown up with the brand,” White said.

When asked if she had any advice for aspiring models, White replied, “Don’t be scared” and “Trust your gut.”

There’s lots of scams and situations where models get taken advantage, she said, like when she ran into one back in college.

“Usually your instinct is right,” she added. “They would pay you, not the other way around.”