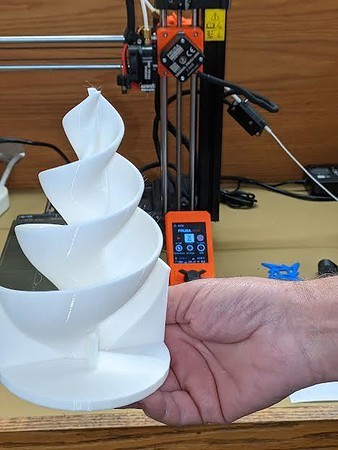 PLYMOUTH ‚Äì Terryville Public Library will celebrate the grand opening of its ‚ÄúCreation Station‚Äù maker space on April 7, thanking those volunteers and supporters who brought the idea from concept to completion.

The grand opening will be held Thursday, April 7 from 6 to 7:30 p.m. at the library at 238 Main St. Several pieces of technology including 3D printers, Cricut machines, Raspberry Pi computers and LEGO SPIKE Prime Sets will be showcased. Local and state officials have also been invited to attend the celebration.

‚ÄúWe are hopeful that the community will come to see the unique resources that are available right here in our small town,‚Äù said Gretchen DelCegno, library director. ‚ÄúThe support that we have received from sponsors and volunteers to reach this point has been incredible.‚Äù

DelCegno said that the library will be recognizing the Terryville Public Library Board, the Main Street Community Foundation and the Rotary Club of Terryville for backing the Creation Station.

‚ÄúWe will also be thanking the dedicated volunteers who worked as a group for the past two years to really help lay the groundwork for this space,‚Äù she said. ‚ÄúWe held community surveys to determine what sorts of things people would like to see in this maker space.‚Äù

The Creation Station held its soft opening last October. Since then, DelCegno said, the machines have been widely used by residents of all ages.

‚ÄúThe cricut machines are being used in our sewing programs,‚Äù said DelCegno. ‚ÄúThere are older people who have had experience with sewing machines but haven‚Äôt had one of their own for a while. There are also younger people that are learning to use a sewing machine for the first time.‚Äù

The 3D printers, DelCegno said, are popular with teenagers who are coming to the library after school. She said that children as young as second grade, with supervision, have used machines to make lettering for their projects.

‚ÄúThe machines are not hard to use as long as you‚Äôre willing to try something different and trouble shoot to fix problems,‚Äù she said.

The machines are free to use and people can make appointments to reserve time to use them.