'You have that control. Take it': Former Terryville resident, author uses tough upbringing, personal experiences as inspiration for work 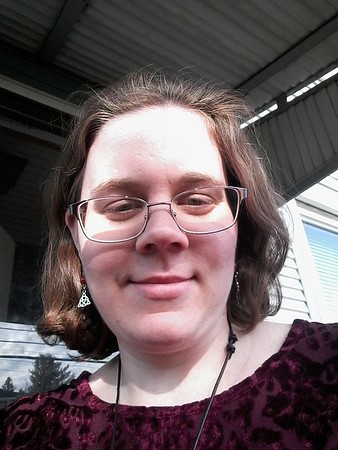 Courtesy photo of Sara Ellie MacKenzie, provided by the author. Buy this photo 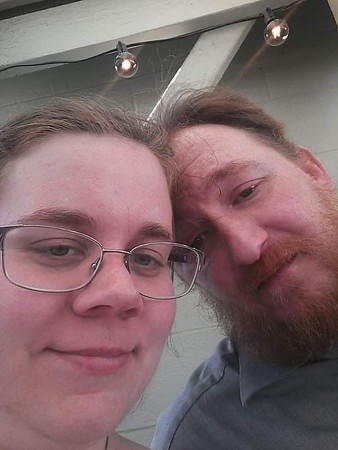 NEW BRITAIN – Frolicking through the threads of imagined worlds is a familiar feeling for Sara Ellie MacKenzie. But when those dreams turned into reality, she was taken by surprise.

“What is going through my head right now, with one book under me and another coming, is ‘oh my god, did I just do that?’” MacKenzie, 31, said. “I am incredulous that I managed to get through so much, especially in the past few years, and published something I am proud of. It is a wonderful goal to share myself with everyone.”

The New Britain-based author published her first book in 2019, A World So Bright and Dark, a story about a young schoolgirl who had to learn to survive and view the world as light and dark, full of twists, frustrations, triumphs and hard truths. With her second book coming up in February, Casting Shadows, the story takes a turn toward a world of kingdoms, political intrigue and twin sisters fighting for the right to rule.

MacKenzie draws inspiration from everything around her, snippets of conversations, images of documentary films, the people she meets and events on the news. She grew up in New Britain and moved with her family to Winsted in 2003. In 2006, she moved to Terryville for her senior year of high school. After having her son in 2011, she moved back to New Britain in 2015 and has lived there ever since.

“My stories are a composite of everything that I experience,” she said, including her tempestuous childhood where she grew up in the midst of physical and mental abuse through her father. MacKenzie shared she thought it was a normal upbringing until she was told it was not.

Bits and pieces of her first book came from what MacKenzie herself went through. “I’m not making excuses for my father, but he really wasn’t a bad person,” she said. “But that cycle kept continuing and continuing with him. For me, I thought walking on eggshells just to get through life was normal.”

It wasn’t until high school when she realized it wasn’t right for a child to be brought up the way she was. People started pointing it out for her and telling her it wasn’t correct, including her future husband. MacKenzie met him when she was 14 and he became family. He would drop by to make sure nothing bad happened to MacKenzie and her two siblings.

“My dad was on a lot of narcotics and drugs for the issues he had. He became really nasty during that time frame,” she said. “After being told that I was being abused, it really opened up a lot of things for me and things started to make sense. There wasn’t much you could do back then, there was so much bias against child protection services and if anyone said anything, my siblings and I would’ve been separated. Sometimes it’s a matter of survival. My mother was around but because she was so focused on keeping the family together and paying the bills, she didn’t see the small details.”

After leaving home for school at Central Connecticut State University, she moved to Maine with her husband to get away for a while.

“We just packed up and left; it was a big step for me,” MacKenzie said. “It was really good for everyone.”

When the storytelling bug kicked in, it took her roughly seven years to complete her first novel. While MacKenzie does not have all the answers yet, she said it is important to talk about personal stories and find those who are willing to listen.

“Sometimes when you’re stuck in a situation, you don’t know what to do,” she said. “What I’ve learned is that it’s OK to talk about it. It’s not taboo and you’re not alone. Abuse shouldn’t be allowed to happen to anyone, but it does, so it makes it even more important to talk to people who can relate.”

Ultimately for the author, it is not about faulting her parents but understanding them. Her father passed away in June and MacKenzie said she does not regret staying with him until the end.

“I know the circumstances that made him the man he turned into. It is not an excuse for what happened. It was very nasty. In the four-year battle he had with lung cancer, he transformed into another person. He was a far better grandparent than a parent. Despite all, I am proud of the man he changed into,” she said, stating the same goes for her mother. “My mother may not have seen a lot of what happened and had blinders on. But she is the strongest woman I know. She had to endure a lot to get where she is now and I look up to her.”

The key messages of her novels are to let readers know they are not alone and there are people who understand and empathize. For those who are craving for a glimmer of hope, MacKenzie said it is there.

“The one thing I want to say is so cliche: never give up. There is always a way to make your dreams come true and to achieve your goals,” she said. “Sometimes, it takes time, small steps and going backwards to go forward. Society, friends and family or whoever out there should not set the timeline when you should do something, if at all. You have that control. Take it.”

MacKenzie’s books can be purchased through Amazon and Barnes and Noble.