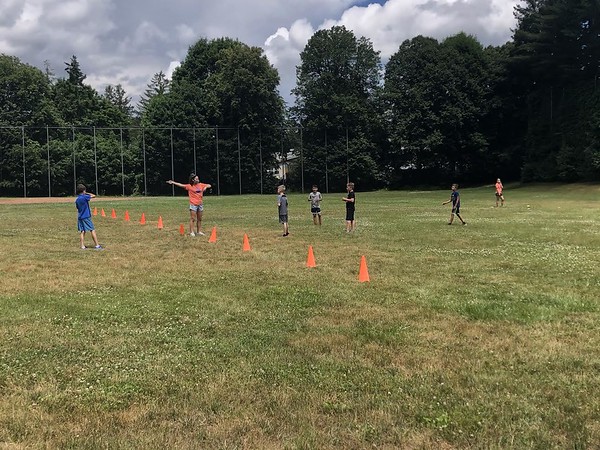 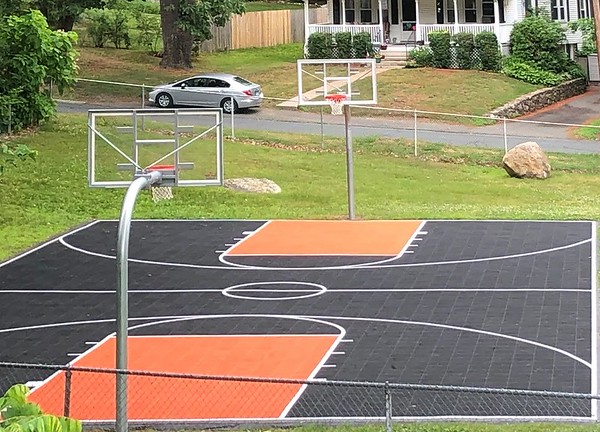 The new basketball court at Veterans Memorial Playground. -Photo submitted by The Town of Plymouth. Buy this photo

PLYMOUTH ‚Äì Plymouth‚Äôs Parks & Recreation Department has completed a resurfacing of the basketball court at Veterans Memorial Playground and started its summer camp for the season.

Director of Plymouth Parks & Recreation Briana Brumaghim said that the basketball court, located at Veterans Memorial Playground at the corner of Orchard Street and Eagle Street was 30 years old. It had last been resurfaced six years ago, but that resurfacing didn‚Äôt hold up. This past year‚Äôs budget included funds to create a new, safer court to play on using ‚Äúsport tile.‚Äù

‚ÄúI presented the Parks & Recreation Commission with information on the pros and cons of a couple different options, including post-tension concrete, asphalt, and sport tile and they selected this type of court to install,‚Äù said Brumaghim. ‚ÄúThe sport tile is much safer for falls, more economical, and healthier for the body when you run and jump on it. When you dribble, it is more like the hardwood floor of a basketball court. There is also better traction.‚Äù

The court was installed on June 22, when the state moved into the second phase of reopening. The sport tile was put down over the old asphalt court.

‚ÄúI have since seen a lot of kids out there playing on it,‚Äù said Brumaghim.

Parks & Recreation‚Äôs summer camp began June 29 and it is being held at Eli Terry Jr. Middle School at 21 N. Main St. It will run through Aug. 14.

‚ÄúAs is the case with all summer camps, we are following strict state guidelines from the Office of Early Childhood and the Centers for Disease Control,‚Äù said Brumaghim.

The summer camp, which services children entering first through entering sixth grade, is limited to 28 campers. These campers are then split into two groups, who will have the opportunity to play games like kickball and capture the flag outside and also to utilize the school‚Äôs cafeteria and gymnasium. Once a week, they also get to play on a 20 foot water slide which is sanitized between uses.

Although there are no field trips this year due to distancing being difficult on buses, Brumaghim said that local parents are happy that summer camp is still being offered in some form.

‚ÄúI received a lot positive feedback from parents on our first day,‚Äù she said. ‚ÄúThey are happy that their kids can participate and a lot of them told me that their kids really needed to get back to doing something social with their peers.‚Äù

There are still some limited spaces available for the three remaining two-week slots of the summer camp. For more information, or to register, visit PlymouthTownRec.com.