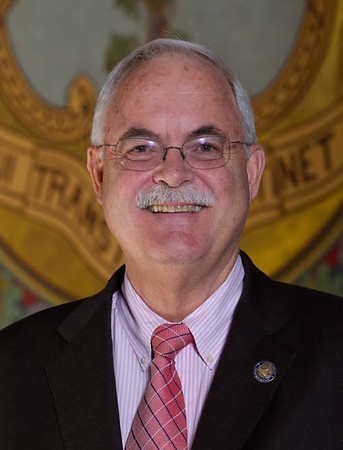 BRISTOL – Republican incumbent Rep. Whit Betts is currently running unopposed for his sixth term representing the 78th House District, which includes the western part of Bristol and all of Plymouth.

“Unfortunately, COVID-19 did have an impact on our ability to get a commitment from the person some of us hoped to recruit,” he said.

Betts said he has never run unopposed before but it will not change his outlook going forward. He said he sees each election as a report card from his bosses, the taxpayers in his district.

“I have received a lot of strong and positive comments from the residents of the 78th district,” Betts said. “If people reach out to me I will always return phone calls and emails within 48 hours. I work with both mayors, Ellen (Zoppo-Sassu) in Bristol and Dave (Merchant) in Plymouth, and I always keep the people as the priority.”

Betts said his number one objective will be to push for legislative term limits.

“People ask me, if I believe in term limits then why don’t I stop running? But then who will push for them?” Betts said.

Betts said he also wants to stand up for the taxpayers, whom he feels are not being well represented and whom have been made to pay for the mistakes of the state.

“It’s not the taxpayers’ fault the legislature kept taking money from the transportation fund and putting it in the general fund,” he said. “There has been a lot of dialog for the past two years about tolls. The concept itself makes sense, but it doesn’t work when the people in charge of the government have broken their promises. What assurance can they give that the money will go into the transportation fund this time and that they won’t take it out again?”

Betts said he will also not stand for the state “reneging on its promises.” He said if anyone tries to take money away from the local hospitals they will hear from him.

“Our hospital employees do an exceptional job and our communities are invested in them,” he said.

Betts said he is also opposed to any push to change the age of adulthood from 18 to 25 and to remove any felonies from the record before 25.

Another big issue important to Betts, he said, is mental illness. He said he believes a mental health evaluation should be part of an annual physical exam.

“Also, there shouldn’t be a stigma about mental illness,” he said. “A lot of people seek counseling for good reasons. It should be viewed as positive that people are turning their lives around.”