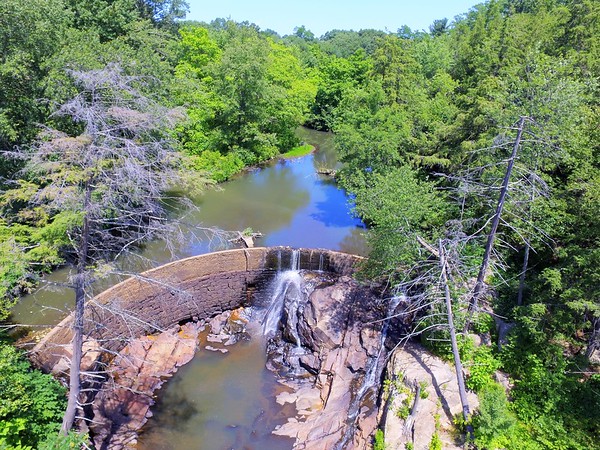 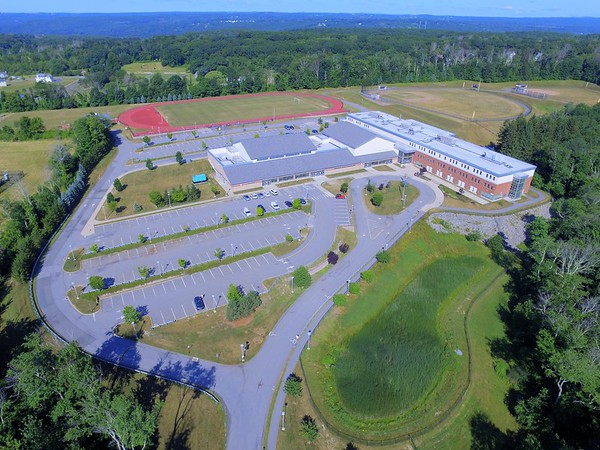 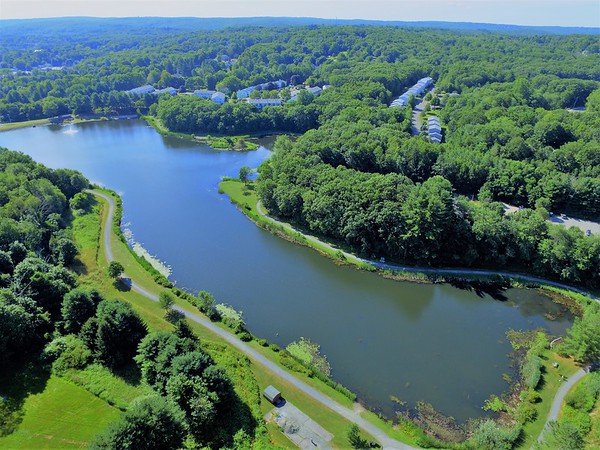 Matt Schultz Lake Winfield in Plymouth is shown via drone. Buy this photo

PLYMOUTH - Local photographer Matthew Schultz has several aerial photographs, taken by drone, on display in the Community Room at Town Hall, featuring prominent sites around town - and there are more coming soon.

Schultz’ works were on display for a recent Town Council meeting and were mentioned in Mayor David Merchant’s report. Featured were Town Hall, Terryville High School, the North Street Reservoir, Horseshoe Falls, the town green, Terryville Library, Lake Winfield and the Fire Station. The first round of photos were taken July 29 and, in the near future, Schultz said that he plans to add pictures of the water wheel and the fire station among others.

Schultz, who serves in the U.S. Army, said that he purchased a drone in 2017 because it combines two of his favorite things - photography and flying.

“I started doing it as a hobby and I got asked by my dad, James Schultz, who works with the Public Works Department (as highway superintendent) to do this project,” he said. “He deals with the mayor quite often and said that they wanted to highlight some of the good places around town. I grew up in town so I had no issues helping with this. I was just doing my part to help out in any way that I can. They came out good.”

Schultz said his interest in photography arose because he and his friends would “often go out hiking and they would take pictures with a nice camera.” He said that this made him want to try his own take on photography.

“After I bought the drone I started taking photos in Rhode Island, New Haven, Connecticut - all around New England,” he said. “I like taking pictures of nature and of man-made structures, like the pump-house in Barkhamsted. I try to capture a lot of different angles. A lot of my photos are taken from videos that I shoot that I split into frames. There’s no real method to the madness.”

Schultz was also commissioned to take photos of the Topsmead State Forest in Litchfield by the board of directors overseeing that land. He created a compilation that is used on the forest website.

Schultz is in the process of setting up his own website, which people will eventually be able to visit to see a wider selection of his works.