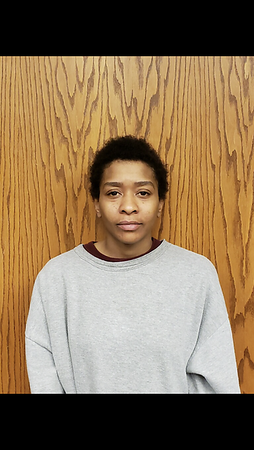 PLYMOUTH - A Hartford woman was charged Wednesday with striking three police cruisers in Plymouth, a building and other vehicles before leading police on a high-speed pursuit last month.

Bernice Martinez, 26, has been held in custody since she was arrested by Hartford police on May 29 on domestic violence charges. She had not been charged in the Plymouth incident until Wednesday.

A day before her arrest in Hartford, police allege, Martinez went to a Terryville home to see someone she had previously dated. However, the homeowners had told Martinez she was no longer welcomed in the home, according to the arrest warrant.

According to police, Martinez entered the home through an open garage door on May 28. One of the homeowners quickly grabbed her shirt and tried escorting her out of the home, the warrant said. Martinez allegedly stomped on the woman’s foot and tried to get back into the home, the document continued. The woman again grabbed her, and Martinez retreated to her car before peeling out in the street.

The homeowner called police, who shortly thereafter were made aware of a car accident around 12:40 p.m. involving a Kia Sportage sideswiping another vehicle on South Riverside Avenue. Both vehicles took off from the scene.

Just less than 10 minutes later, police received another call, this one reporting the damaged Sportage was pulled over at the Patco Convenience Store, at 131 Main St., where the driver, later identified as Martinez, was attempting to put air into one of the tires.

An officer approached Martinez, noting that she appeared “nervous and anxious.” She refused to stand up and was grabbed by the officer, police said. Martinez then pulled away and attempted to flee, according to police. She made it to the driver seat, and the officer was able to get a hold of her shirt. Martinez tried to close the SUV’s door on the officer’s arm, according to police. She then, police said, put the Sportage into reverse, so the officer let go of her to avoid being struck.

Still with one flat tire, Martinez engaged police in a high-speed pursuit into Bristol, where the chase was called off for safety concerns.

According to Plymouth police, officers in Hartford located the Kia Sportage after it was involved in an accident in that city. The vehicle was abandoned.

Hartford police arrested Martinez May 29 following a domestic dispute. She has been held since. No information about the dispute has been released.

During Martinez’s arraignment on Wednesday in Bristol Superior Court, a judge set her bail in the Plymouth matter at $60,000. The case has been transferred to court in New Britain, where the most serious matters in the area are held.