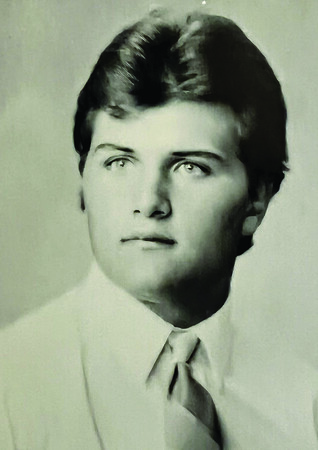 Cugno was a 1987 graduate of Plainville High School.  He was a two-sport athlete playing both football and baseball.  Cugno was a three-year varsity starter in both sports, and played quarterback and first base in his sophomore, junior and senior years. As a senior year captain of both the football and baseball teams, Cugno earned All-Conference honors in football and All-State honors in baseball. As a quarterback for PHS, Cugno threw for over 3,100 yards and 18 touchdowns in just two seasons. He started as quarterback the second half of his sophomore season after recovering from a broken leg. Unfortunately, no stats were recorded for this season, and indications are that his actual career yardage was closer to 3,800 yards. After catching the flying bug at Robertson Airport, Cugno decided to use his baseball skills to assist in pursuing his goal of achieving a degree in Aviation. Cugno played baseball for three years at Embry-Riddle Aeronautical University in Daytona Beach, Fla., and ended his career as a captain for the ERAU Blue Eagles. Today, Cugno puts his education to use flying a Challenger 350 for one of the nation’s premiere private jet operators.

McDonnell began his service to Plainville at the age of 16, when he began working for the town’s Parks and Recreation department. Whether it was as a lifeguard at the Norton Park pool, a coach in baseball and basketball, or as coordinator for many of the town’s recreational programs, McDonnell was forging a path of leadership and dedication to his hometown which would span five decades.

A fantastic athlete in his own right, McDonnell was a member of Plainville’s first midget and pony football teams, as well as an All-Star on the Little League field. In high school, McDonnell was a part of seven state track and field championships for the Blue Devils under legendary coach Fred Kalbach. He captained the 1964 indoor track and field title winners, and also served as captain for the outdoor track and cross country teams during his senior year of 1964. McDonnell also played basketball for three years, but Kalbach helped him find his niche, which was helping others.

The first stop on his path was Toffolon Elementary School, where McDonnell served as a physical education teacher for a year, writing the PE curriculum for the new school. After making his mark at Toffolon, McDonnell left a legacy at the Junior High School (later Middle School of Plainville). Charlie Palmer, then the athletic director, asked him to move to the junior high to not only design and teach the PE classes, but establish an entire interscholastic athletic program. Starting with boys basketball in 1970, the school added a host of sports for boys and girls in the next few years, with McDonnell coaching the boys basketball and wrestling programs. He also helped conduct the school wrestling championships for 30 years, part of an exceptional record as an administrator and official which continues to this day.

McDonnell first served as an official in 1968, covering an opening at an OLM game and beginning a career of over 30 years calling high school and college competitions. McDonnell had the whistle for 16 CIAC boys basketball state championship games, two football state finals and seven NCAA basketball tournaments. He garnered numerous merit and service awards from the CIAC and state coaches among others, served as the president of multiple high school officiating organizations, and is a member of the New England Basketball Hall of Fame and the Connecticut Football Officials Association Hall of Fame.

He and Susan, his wife of 52 years, who he met on his first day at Toffolon, now live in Arizona, where McDonnell trains and evaluates high school officials. He also has served as an evaluator for basketball officials in the Big 12, SEC and AAC.

The Plainville Sports Hall of Fame induction ceremony will be held October 22 at Hawk’s Landing in Southington. Tickets can be purchased at Modern Barber Shop and The Central Connecticut Dental Group (Dr. Rusty Camp).