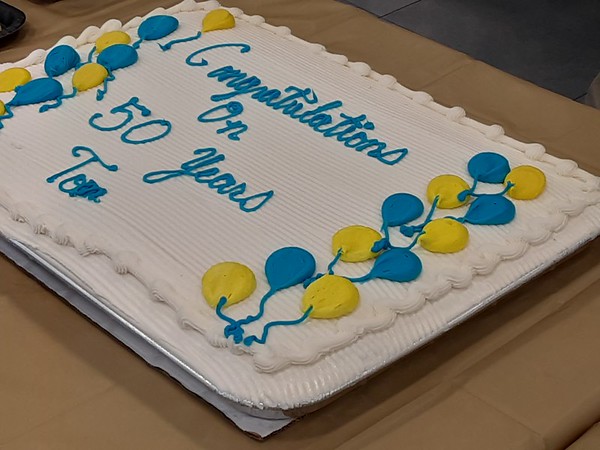 PLAINVILLE - Bristol Eastern girls soccer edged out a 1-0 win over Plainville Thursday night, getting ahead in the first half and holding on for the win.

The game went scoreless through the second half after Megan Krok's score in the 36th minute (assist unknown) put the Lancers ahead. Eastern poured shots on Plainville's defense in the final 40 minutes, which at times was able to bring the ball up and out of the defensive end to give the Blue Devils some chances that they were unable to connect on.

Despite playing with energy in the second half, Bristol Eastern head coach Scott Redman felt the Lancers were flat to open the game.

"I think we definitely came out a little flat, played down a little bit," said Redman. "The wind was kind of in our face so I think that played a little bit of a role in the first half, but our touch and our quality wasn't there. We were playing in the air too much, and couldn't get it on the surface to connect with anything. ... Tucked one in late in the first half to sneak away a 1-0 lead there and that proved to be the difference."

The lone score at the break preceded heightened second half play by Eastern that saw more chances to extend the lead, including a kick from just inside the box that rang the crossbar and a freekick that snuck just over the crossbar, going through the football field goal above.

Even with the chances, Redman thinks the quality could have been better, but thinks it was an improvement from the first half.

Plainville head coach Leszek Wrona felt his team played physical Thursday night, being able to knock Bristol Eastern off the ball when it was on the attack enough to prevent further scoring opportunities from developing.

He said Planville made just one mistake, which resulted in the scoring play.

"They did very well and fought, and that was missing (before), the aggressiveness," said Wrona. "Today we were aggressive and we didn't let them do too much in the first half, ... in the beginning of the second half it was OK and then after that they took over. ... We had one mistake, the ball was played behind the defense and the girl chipped it over the keeper's head."

Next up for Bristol Eastern is a home tilt against Berlin at home Tuesday night. Kick comes at  6 p.m.

Plainvile's next contest comes on the road against East Hartford Saturday afternoon. That game will start at 9:30 a.m.