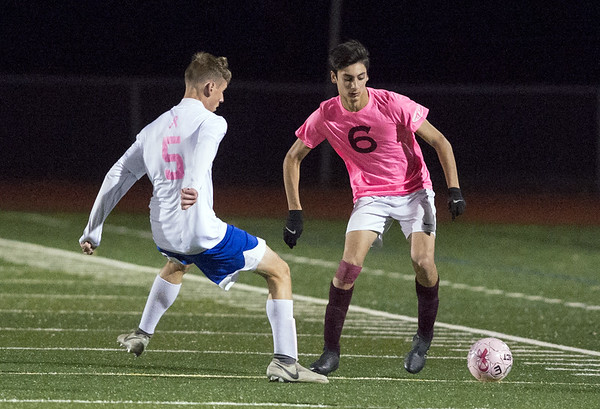 The boys soccer season will already look different than before given the restructured schedules and covid-19 precautions, but it will also be different for multiple area teams that will be operating with a first-year head coach.

While some teams turn the page to a new era, others, like Bristol Eastern and Plainville, will look to continue on their current story, which still has them among the top teams in the state.

Here is the outlook for each of the 11 local squads as they get ready to head into into Thursday’s season openers:

Outlook: What a turnaround last year was for the Hurricanes program, reaching the state tournament with a winning record after winning just four games the previous year. But two key pillars of that rebuild in Adam Gottner and John Morell are gone, leaving behind the void of two all-conference contributors, including a four-time all-conference winner in Gottner, who was one of the best goalkeepers in the area again last year. We’ll see if New Britain can fill those gaps and continue its upward trend.

Outlook: The Rams have reached the state quarterfinals in each of the past two seasons, and will now have to make up for a load of talent and leadership lost to graduation, especially Jones, Bowes, Naranjo and Oren, four all-conference captains who accounted for 32 of the team’s 49 goals last year. Palma and Rivoira will be asked to step into leadership roles as they enter their third year of varsity action, and so far, Jandreau likes what he sees.

“The team as a whole has had a very positive preseason,” Jandreau said. “Their work ethic and positivity have carried over from practice to practice even during these difficult times. A strength going into the season looks like our connectivity to one another. People seem to be very much in tune with how we would like to play.”

Outlook: The Lancers were flat-out dominant last season, going undefeated to earn the top seed in the Class L state tournament, while helping their long-time head coach to his 400th career victory. A big part of Eastern’s success was goalkeeper Nate DiLoreto, an all-conference selection who will be playing at Hartford next season.

The Lancers do lose a trio of all-conference talents in Dauphinee, Costantiello and Woznicki, but bring one back in Luke Hammer. Still, losing Woznicki and his school-record 25 goals last year will hurt, but if there’s any team that can sacrifice goal scoring and still win games, its Eastern, thanks to DiLoreto in net.

Outlook: It was a rough year for the Redcoats last season, and losing their All-State defender in Negrao won’t help their quest to turn things around, but Parafati believes last year’s struggles and the loss of Negrao hasn’t diminished excitement or expectations for 2020.

“We have a very positive and hard-working group of seniors that are ready to contribute and lead this team into a season that may look much different than the past, but the goals remain the same,” Parafati said. “We want to be able to compete at a high level and get back to a winning season.”

Outlook: Newington lost a pair of all-conference talents in Sadler and Khadrani, but it does bring back an all-conference selection in Campbell, who highlights the returning core for Newington.

Cox logged plenty of minutes in net for Newington, and after losing all-conference goalkeeper Jack DeGirolamo the year before, it will be another season to figure things out in net.

Outlook: With a new head coach leading the Blue Knights, could this be the year the team makes it back to the postseason for the first time since 2017? Given the likely event that each team is given a postseason opportunity due to the new schedule, that will likely be the case, and Magaro believes the unique format will have some other interesting effects as well.

“Playing in the regional cohorts brings back the feeling of playing in some of the older CCC’s when I was on the field, but should also bring a nice local-rivalry-feel to the matches,” Magaro said.

Outlook: The Blue Devils have recent success in their corner after winning it all in 2018 and reaching the semifinals last season, but there will be a lot to make up for this year after losing 11 players to graduation. Fortunately, Gryczewski is one of the returning players, and the Hartford-bound All-State talent will likely be a force for Plainville once again this year as they look to continue their stay among the top teams in the state.

Outlook: The Falcons will have a lot of goal scoring to make up for with Ethan Rembish graduating, as the three-time all-conference selection finished his career with 32 goals. Luke Hines was another quality scorer that will have to be replaced for St. Paul to have another winning year, but with returning contributors like Daniel Bond, the Falcons could very well remain above .500 in the shortened season.

Outlook: The Ravens have a new head coach at the helm in DelaCruz, and he will have a chance to get very familiar with Innovation’s opponents in a hurry. The Ravens play Vinal Tech, Goodwin Tech and Wilcox Tech all twice within the team’s first seven games, which will be an interesting wrinkle in the team’s quest to break out above the .500 mark this year.

Outlook: The Gladiators once again reached the state tournament in 2019, but they’ll be forced to replace their goalkeeper Calixto, who was an honorable mention for the CTC’s all-conference team. Guzman was also on that list, and will be one of the top returning players for Goodwin Tech.

Outlook: The Kangaroos continued to be a team on the rebuild under McAdoo, winning three games for the second straight season. Terryville ended its 2018 season on a positive note, winning the majority of its games down the stretch, but it didn’t translate to 2019. The team looks to turn that around in 2020.