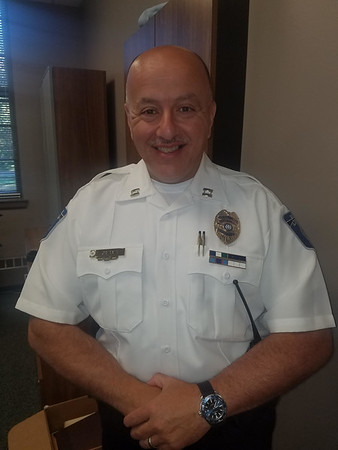 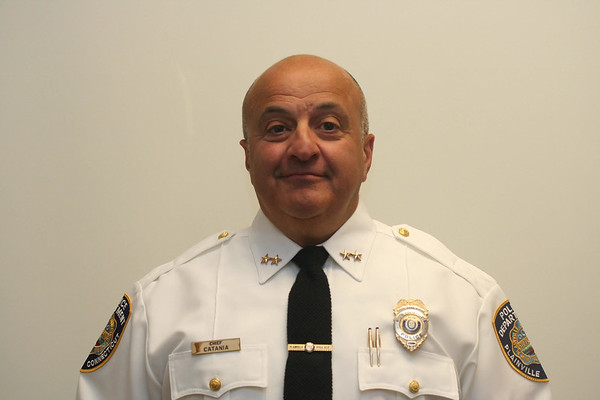 PLAINVILLE – With the holidays nearing, Mark Catania and his family will be missing late former Police Chief Matt Catania dearly. While that loss remains a struggle, the family continues to honor and remember his legacy.

Mark Catania said that Nov. 20 is the anniversary of Matt Catania getting sick and going to the hospital from an illness that ultimately would claim his life on March 10 of this year.

“Now that we are coming into the holidays, it’s extremely rough,” he said. “Matt was the focal point of Christmas parties with his sense of humor, one-liners and impersonations. His loss is an ongoing struggle; not a day goes by that someone doesn’t talk about Matt. It’s still very raw. His death came so far out of left field for us. The shock will never wear off.”

Mark Catania said that Matt Catania will never be forgotten by the family or by those in the ranks of law enforcement.

Mark Catania is one of eight siblings in the family that included the late police chief, with Matt Catania the older brother to Mark by four years. Several members of the family are involved with police departments throughout the state and, according to Mark Catania, Matt Catania made them all very proud and “meant the world” to them.

“I guess you could call us the blue bloods of Connecticut – we can’t sing or dance so we had to do something,” said Mark Catania. “Our father is a retired Rocky Hill police officer who was on the job for 25 years and we had several uncles and cousins who were involved since I was a kid. They inspired me to get into the job. I had worked in the corporate world for 16 to 17 years before starting my career in the Middletown police department. I worked there for a year-and-a-half before being hired full time in Glastonbury in Nov. 1996. I’m now the captain, second in command, and Nov. 18 will be my 25th anniversary there.”

Mark said that he, Matt, and their younger brother Robert, who is a retired Police Lieutenant from Rocky Hill and is now a sergeant with Central Connecticut State University’s police department, would often speak to one another, collaborate on ideas or “bounce polices off each other.” In addition, their brother Glenn is a retired Hartford Police Officer and three of Matt Catania’s four children have gone on to become police officers. Matt Catania Jr. is a police officer in Canton, his daughter Gabriella serves in Bloomfield’s police department and his son Nicholas is a police sergeant at the University of Connecticut.

Mark Catania described Matt Catania as a “mentor” to him.

“He was the go-to guy,” said Mark Catania. “He knew how to solve everybody's problems and answer everyone's questions,” he said. “If didn't know the answer, he’d get it get for you. I feel that he modeled the way he acted as chief after the way he was as a family member. He never turned anyone away and always had open door. Even if didn't agree with you, he respected your opinion. That was why he was so successful as a chief, a brother, a father and as a husband.”

Mark Catania said that his brother’s legacy will endure long after his death. The Matt Catania Scholarship Fund was set-up this May to support Plainville High School students pursuing a career in criminal justice or law enforcement.

“The Capitol Region Council of Chiefs made a huge donation to the fund,” said Mark Catania.

Mark Catania said that his family still has a connection to Plainville and “watches the goings-on from afar.” Mark Catania was one of the candidates to succeed his brother as police chief. Ultimately though, Eric Peterson was appointed the interim chief for six months.

“I wanted to continue the family legacy, but it ultimately became a political struggle,” said Mark Catania. “We want to ensure the policies and the type of policing that Matt put forward can be sustained and ongoing there. In 2010, when Matt was hired, he changed the culture of the Plainville Police Department. He delivered a level of service to the town that Plainville had never experienced before. He brought school resource officers into schools, revived the K-9 program, and followed up with complainants. He made the Plainville Police Department into a premiere police department.”