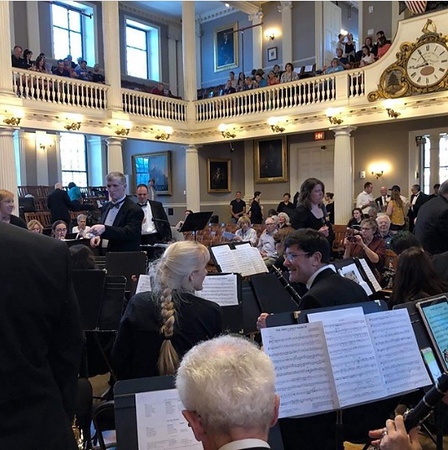 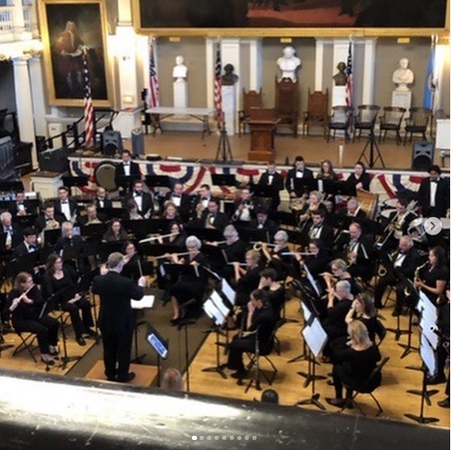 The symphonic concert band, under the direction of Ken Bagley, will be held at 2 p.m. in the Welte Hall auditorium. The Plainville Wind Ensemble will join with the New Britain Hardware City Detachment of the Marine Corps League, Barque Eagle Sea Cadets and Hartford HealthCare at Home to honor veterans and those currently serving in the military.

â€śThe Veterans Concert is a tradition that we have had since we first joined with the Veterans Affairs Department at CCSU in 2005,â€ť said Kathleen Marsan, executive director of the Plainville Wind Ensemble. â€śWe have done shows similar to the USO Shows and we have done concerts with a more serious side. It has been a great collaboration.â€ť

Marsan said the nonprofit Plainville Wind Ensemble began 32 years ago and currently has 83 members from all throughout Connecticut, including several music teachers. She said the group has gotten better and better over time.

The patriotic performance on Nov. 17 will include the Connecticut premier of Symphony No 1 â€śHeroesâ€ť by Onsby C. Rose. Latanya Farrel will sing Lee Greenwoodâ€™s â€śGod Bless the U.S.A.â€ť and state Rep. William Petit Jr. will narrate â€śThe Message on the Rockâ€ť by Robert Shelton. The concert will also include The Armed Forces Medley, and veterans in attendance will be asked to stand and be recognized as the theme for their branch of service plays.

â€śThere is an educational aspect to our concerts,â€ť said Marsan. â€śPeople can bring their children to learn something about the history of America and what our veterans have done in their service. Only one percent of the population current serves in the military, which is very low compared to other countries. It says a lot about the dedication of those who serve. They deserve all the respect that we can give them.â€ť

As another highlight of this yearâ€™s show, Cheshire resident Jane Bate will premiere a composition, â€śRighteous Among the Nations.â€ť The piece is dedicated to Nicholas Winton, who rescued 669 Czechoslovakian children from the Holocaust, telling no one â€“ not even his wife. It wouldnâ€™t be until 50 years later when his wife discovered a scrapbook with the childrenâ€™s pictures and the story became public.

In past years, the Plainville Wind Ensemble has collaborated on a variety of initiatives in support of veterans. For just one example, they assisted CCSU in matching pictures with names on their Vietnam Wall.

This year, a commemorative lapel pin, authorized by the U.S. Department of Defense, will be presented during the concert to living U.S. Veterans on active duty from Nov. 1, 1955, to May 15, 1975, in recognition of their service during the Vietnam War. Interested veterans can contact Sherri Vogt, veteran liaison at Hartford HealthCare at Home, at sherri.vogt@hhchealth.org to apply.

The concert is free to attend. Parking will be available in the parking lot next to the concert. The Plainville Wind Ensemble is asking for donations of a new, unwrapped toy at the door for the Marinesâ€™ Toys for Tots program.

â€śLast year we collected a little over 500 toys,â€ť said Marsan. â€śWelte Hall sits 1,800 people and weâ€™d love to have everyone bring a toy. These toys go to needy families that are identified by community organizations such as Boys and Girls clubs.â€ť

For more information on the Plainville Wind Ensemble, visit plainvillewindensemble.com or search for them on Facebook or YouTube.