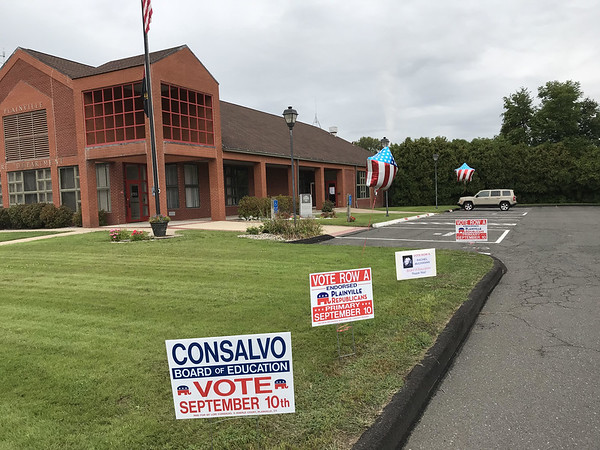 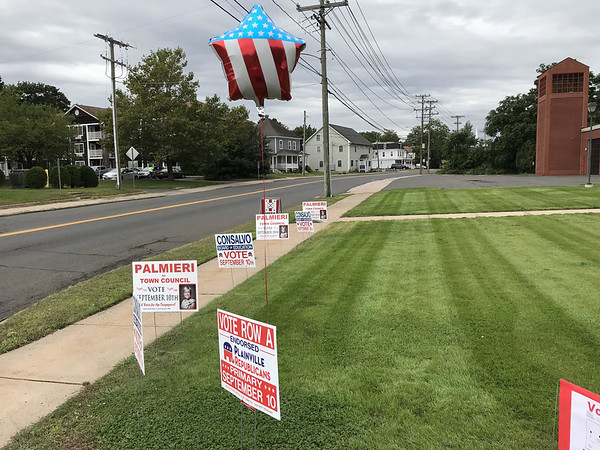 Brian Johnson Staff Voting signs at the fire station in Plainville for the Republican primary. Buy this photo 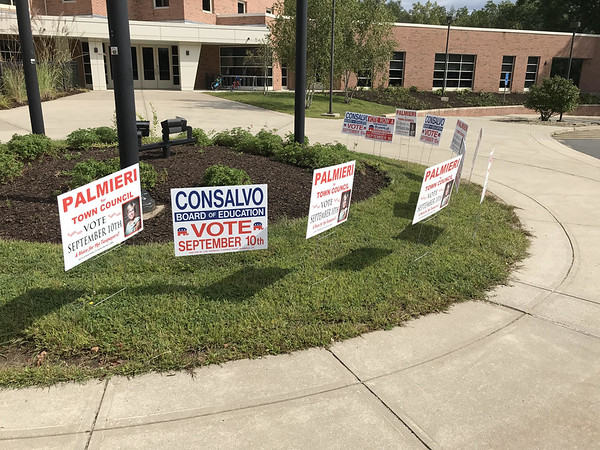 Ultimately, when votes were tallied, the party endorsed candidates Ty Cox, Katherine Pugliese, Jacob Rocco, Deb Tompkins and David Underwood for the Town Council and Rachel Childress Buchanan for the Board of Education made it onto NovemberŌĆÖs ballot.

Of those registered to vote in the Republican primary, 14% came out to the polls with 349 people casting ballots out of 2,501.

At each location, the two petition candidates placed their campaign signs around those for the party endorsed candidates.

At Wheeler Elementary School, Florine Corriveau and her husband came out in support of Jacob Rocco for council.

ŌĆ£HeŌĆÖs a neighbor and we know him very well, so weŌĆÖre giving him our support,ŌĆØ she said.

At the Plainville Fire House, Ursula and Joe Szczepanski said that they came out to the polls to support Rachel Childress Buchanan for school board.

Michael Jennings also stopped by the Plainville Fire Station to cast his vote around noon saying he intended to support the endorsed slate.

The unofficial votes for Town Council candidates were:

The unofficial votes for the Board of Education vacancy were: