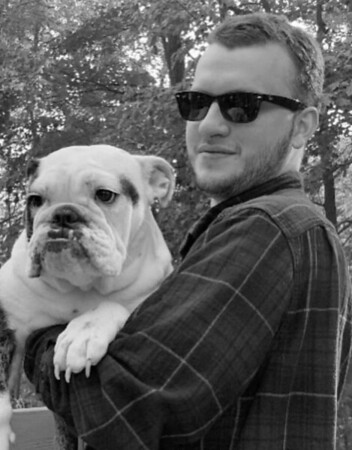 Richard L. MacNeill, age 24 of Bristol, beloved son of John and Lisa (Naples) MacNeill and brother of Chris MacNeill and his girlfriend Debra Frageau who was like a sister to him, died unexpectedly on Jan. 22, 2022. Rich was born in New Britain, on Oct. 23, 1997. Rich lived his entire life in Bristol where he made thousands of memories with friends and family. His first job was as a farm hand at Minor's Farm in Bristol, where he worked alongside two of the people he looked up to the most, Mr. Paul Minor and his late father. Rich would be seen there helping in the store, unloading pumpkins, and helping during the fall fair every October. Rich and his brother share many fond memories of their time working together there. Mr. and Mrs. Minor were practically family to Rich and he cherished his relationship with them. Rich also recently took a job at Chippanee Golf Club, where he worked as a groundskeeper, which he really enjoyed. He would come home with a lot of good stories about the men he worked beside. Rich had a love for music and was naturally talented at the drums, guitar, Indian flute, and ukulele. He was an avid fan of all music, including: The Beatles, The Eagles, Waylon Jennings, Alan Jackson, Van Halen, and many others. Rich and his brother would sit for countless hours at his brother's kitchen table and listen to music and talk. He also loved to play a game with his mother, Lisa, where he would have her guess the song.

His memory will live on through those songs. Rich also enjoyed the outdoors and the NFL; where he would root for Tom Brady with his Dad. Rich also loved NASCAR, especially Dale Earnhardt Sr. and Jr. and always said he wanted to be a race car driver, early on. At a young age he raced in a Karting league where he won the championship and was presented his trophy by NASCAR Driver Ryan Preece. He also loved cooking with his brother every weekend, where so many great memories were shared. Rich will be so greatly missed by so many, especially by his parents and brother who was his best friend. We will always remember your smile, your toughness, laugh, and thousands of great memories that fill our hearts. In addition to his parents and his brother, Rich is survived by his: paternal grandmother, Mary MacNeill of Bristol; maternal grandmother Sandra Amenta and lifelong partner Vincent Glorioso of New Britain; great aunt Kay Langlois of Bristol; Aunt Leslie Naples; Uncle Paul and Jackie MacNeill; Uncle James MacNeill and lifelong partner Nitza, and his cousins who he loved and shared so many memories with; Nick, Rocco, Sydney, Douglas, Kevin, Joseph, and Maria along with so many other extended cousins and family.

Rich is also predeceased by his namesake Grampy, Richard MacNeill, his Grandpa Donald Naples, his great grandmother Pauline Amenta who he loved dearly, his great grandfather Paul Amenta, his great grandfather Louis Solari and great grandmother Mary Elizabeth Lindsey, his great uncle Robert Langlois, and cousin Paul MacNeill, Junior. We know Rich now rests with them in eternal peace and happiness. Arrangements have been entrusted to Luddy - Peterson Funeral Home, 205 S. Main Street, New Britain, CT. 06051. Services will be private to family, extended family, and close friends contacted by the family. Share a condolence or a special memory of Rich at  www.luddyandpetersonfh.com .