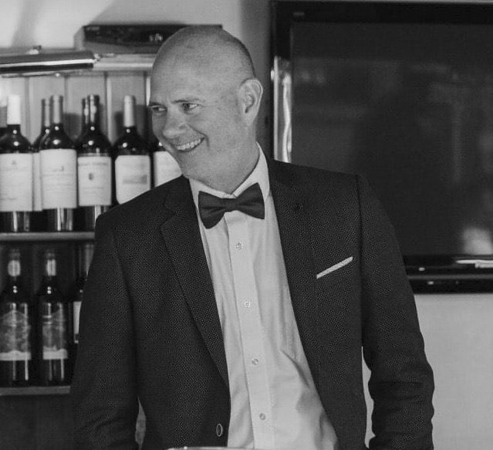 Following a courageous battle with cancer, Scott Gregory MacDonald passed away at his home in Eastham, MA, on Oct. 23, 2021. He was 62. Scott was born on May 27, 1959 in Bristol. The youngest of seven children, Scott was predeceased by his parents Floyd Dexter and Claire (Nee) Toupin MacDonald, and his brothers Wayne and Jeffrey MacDonald.

After graduating from Bristol Eastern High School, Scott moved to Eastham, MA, where he worked as a builder and later for Federal Express. While in Eastham, Scott met his future wife, Clare Gurnett. Following their marriage, they moved to the Seacoast New Hampshire area where they welcomed two children: a daughter, Grace, and son, Jack. Scott returned to school and earned his degree in Finance. During his career, Scott made a true difference in the lives of his clients and took great pride in his work, but his greatest passion was his love for his family, extended family and countless friends.

Scott was, as his friends would say, “One of the good ones.” A wonderful, humble and faith- filled man, he was always there physically and spiritually for his friends and family. He coached his son Jack’s sports teams and did anything and everything for his wife and daughter’s dance projects. He welcomed all the people in need his family brought home unannounced, and the countless nieces, nephews, and friends of his children who spent their summers at Scott’s home in Eastham. No favor was ever too large or too small for Scott to accommodate. He loved spending time golfing, sitting around the fire pit with family and friends, and driving his 1973 Jeep Commando.

Scott is survived by his loving wife of 32 years, Clare, his daughter Grace, son Jack, brothers Gary and William, sisters Lisa and Dale, sisters in law Paulette and Cindy, and countless nieces and nephews.

A funeral Mass celebrating Scott’s life will be held on Monday, Nov. 15, at 11 a.m. at Saint Joan of Arc Church in Orleans, MA. In lieu of flowers, donations may be made in Scott’s name to either: Dr. Jeffery Clark Gastrointestinal Cancer Fund at Mass General Hospital, pancan.org. or Saint Patrick Academy at Saintpatrickacademy.org