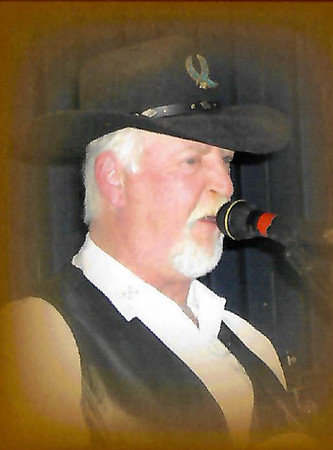 Richard A. “Rocky” Fonck, 67, of Bristol, CT, passed away peacefully Friday, August 27, 2021, after a courageous battle with cancer. Born December 23, 1953, in Bridgeport to the late Charles John Zamielski and Florence Elizabeth Corris. He was adopted by his stepfather, Charles Fonck, Sr., and the family was raised in Monroe, CT. He recently celebrated his 6th wedding anniversary with his wife, Laurie (Markie) Fonck, and got the chance to see his daughter before her wedding.

Rocky has been a musician all his life. He started playing the guitar when he was just 12 years old, and his passion only grew from there. He has played in small pub and venues but has also played as an opening act for some big acts: Dick Curless, Skeeter Davis and Hank Williams, Jr., just to name a few. He decided to settle in a small town and played with a local band, The Chaparrals. He played with them for 25 years. Anyone who knew Rocky, knew he loved music, that was his life. Even when he told a joke, which was all the time, the jokes were even in song form. In his free time, he liked to go fishing. He always took his daughter fishing, and as time went, he was able to pass the tradition to his grandkids. If his daughters name didn’t give it away, Rocky was a huge Dallas Cowboys fan, and he was also a fan of the New York Yankees. As he got closer to retirement, he loved to spend time with his wife, and try his luck at the casinos.

Besides his beautiful wife, Laurie, Rocky leaves behind his son, Richard “Richie” J. Fonck in CT; his daughter Dallas and her husband Mark Blair of Enfield, CT; his stepson Brett Angers of Bristol, CT; his stepdaughter Jennifer and her husband Robert Coll of Bristol, CT; his brothers Frank Fonck of Stratford, CT and Robert and his wife Jacqueline Fonck of Milford, CT; his half-sister Sandra and her husband Bruce Schie of OH; his stepbrother Charles Fonck, Jr. of ME; his grandchildren, Kayla, Kimberly, Jayden, Abigail, and Nathan; and many nieces, nephews close friends and extended family. Besides his parents, he is also predeceased by his stepsister Donna Fonck Popwoski.

Family and friends are invited to call at the Scott Funeral Home on Saturday, September 4, 2021, from 11am to 1pm with a small vigil service at 1pm. The family ask that any donations be made to a go-fund-me page, to help ease the cost of his cancer treatments and final expenses: gofundme.com/f/Rockyalanservices or to The Smilow Cancer Hospital at St. Francis Hospital: https://www.saintfrancisdonor.com/