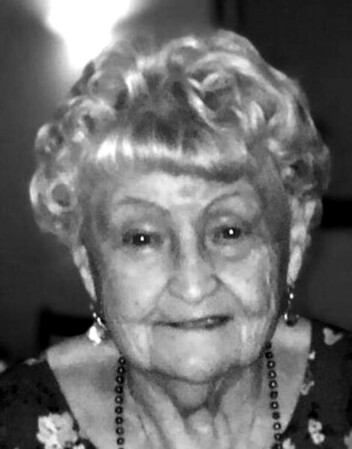 Born in Farmington, she lived in New Britain the past 65 years. A graduate of Farmington High School, Class of 1946, she was employed in the payroll department at Travelers for 32 years, retiring in 1986. Shirley was a member of First Lutheran Church in New Britain, where she was a Communion Server, a member of the Altar Guild and worked at the Wednesday Night Pasta Suppers. She also delivered for Meals On Wheels. Surviving are two daughters, Gail Piatek and her husband, Richard, of Bristol, and Debra Keenan and her husband, James, of South Glastonbury; and a special friend, like a daughter, Diane Chase of New Britain. She also leaves three grandchildren, Kristin Bergenty and her husband, William, of Farmington, Lindsey Ferguson and her husband, Geoffrey, of Bristol; and Ryan Keenan of South Glastonbury; four great-grandchildren, Charles, Avery and Reagan Bergenty and Jack Ferguson; as well as several nieces and nephews.

Besides her husband Gaylord, she was predeceased by two brothers, William and Matthew Canfield and three sisters, Anna Mae McMahon, Catherine Raymond and Mildred Hawes.

Shirley’s family wishes to express their heartfelt thanks to the entire staff at the UConn Medical Center for all of their loving care shown to Shirley. Funeral services are Saturday, 11 a.m., at First Lutheran Church, 77 Franklin Sq., in New Britain, followed by a reception in the church hall. Burial will be private and at the convenience of the family. Calling hours are Saturday, 9:30 to 10:30 a.m., at Carlson Funeral Home, 45 Franklin Sq., in New Britain. In lieu of flowers, donations may be made to First Lutheran Church Memorial Fund. Share a memory or note of sympathy at  www.carlsonfuneralhome.com