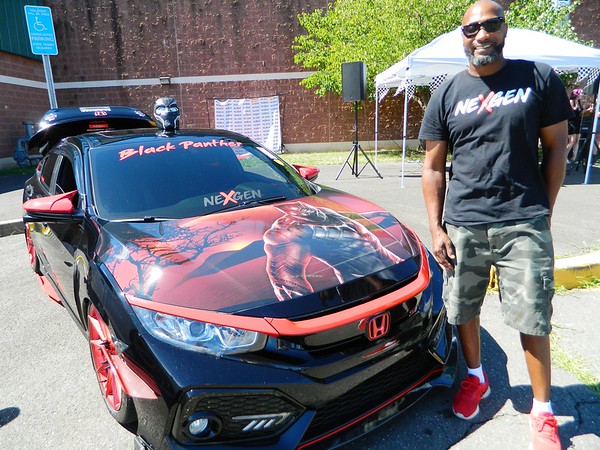 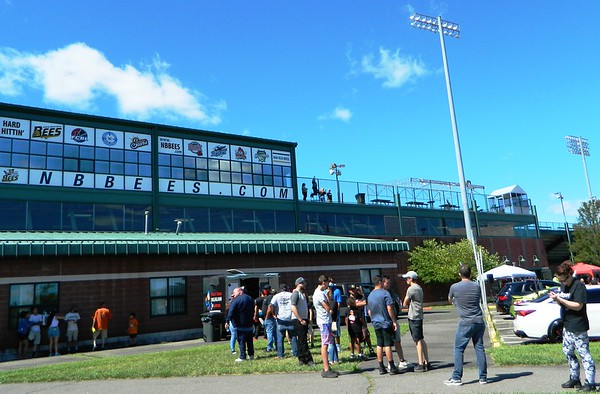 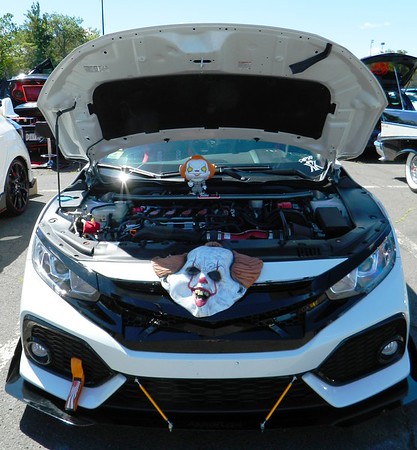 NEW BRITAIN — Matching beautiful women with dazzling cars is more of a West Coast tradition, but it’s been brought to New England by a local car club.

“When you go out to California and Las Vegas the models are a big part of car shows,” the Bristol resident said. “I wanted to bring that to Connecticut. I think we’re the only car club in Connecticut that has a model team.”

“I’m a stay-at-home dad and this is a passion of mine,” Campbell said. “It started out just as a hobby and then grew from there.”

His wife is an emergency room nurse at Bristol Hospital, which sponsored Sunday’s event.

Vice President Crystal Goings was one of several NeXgen models who participated in the show.

“Our club is more like a family,” Goings said. “We learn from each other, support each other and look out for each other.”

About 375 cars were parked at the stadium, many of them tricked-out and candy-painted with unique decals.

Many people wore face masks to prevent against the spread of covid-19, but it was not a requirement at the outdoor event.

Tony Roldan came from his home in West Springfield, Massachusetts to partake in the festivities.

“We have a performance shop called Karbon Kings and this event has been all over Facebook,” Roldan said. “We came up to look at the cars and just enjoy the day.”

Vehicles of all makes and models were judged in over 30 categories, from Best 10th Generation Honda and Best Evolved to Best Female Entry.

There was also a Power Wheels competition for kids and a tug of war.

New Britain resident Amanda Forish arrived in a sleek dress and strappy heels with her hair blown out straight, so she could pose for photographs next to some of the cars on-site.

“This is my show,” the model said. “They found me on Instagram and reached out. It’s awesome. I’m excited.”

Erica Drzewiecki can be reached at edrzewiecki@centralctcommunications.com