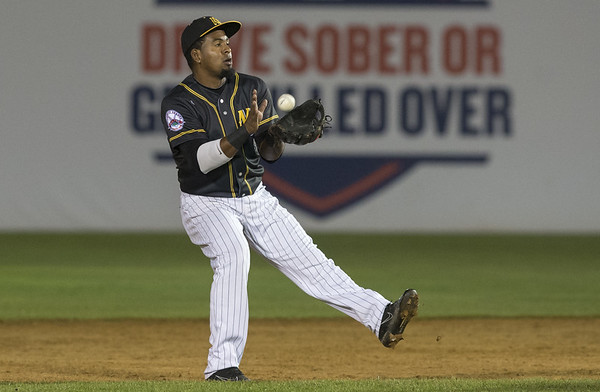 NEW BRITAIN - The division-leading Long Island Ducks won their 10th straight game on Sunday, making it impossible for the New Britain Bees to gain ground in the second half race to secure a playoff spot, but they did what they could with a doubleheader sweep over the Lancaster Barnstormers at New Britain Stadium.

New Britain won the first game 1-0, with Zach Collier hitting a solo home run in the second inning of the scheduled seven-inning contest and David Roseboom (4-2) tossing a two-hit shutout, striking out eight batters and walking none.

Lancaster took the early lead in the second game when Joey Terdoslavich hit an inside-the-park home run to right field in the top of the first, but the Bees responded in the bottom of the frame with an RBI single from Mike Carp. Ozzie Martinez hit an RBI triple in the fourth inning and Rando Moreno drove him in with an RBI single to cap the scoring in the 3-1 New Britain victory.