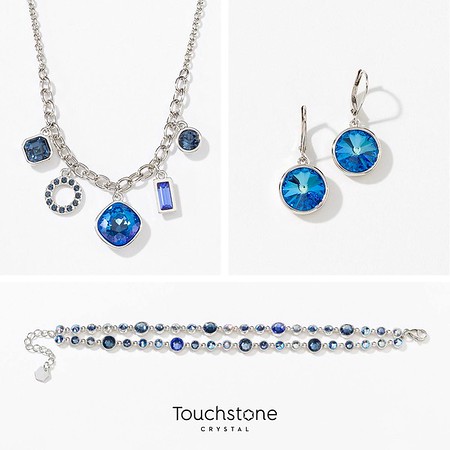 Bristol resident Mary O‚ÄôDonnell has been working from home long before everyone else had to in March of 2020.

O‚ÄôDonnell is a group leader for Touchstone Crystal by Swarovski, a company that provides a flexible work environment for their sales representatives to sell unique and affordable crystal jewelry.

O‚ÄôDonnell has been selling jewelry for 50 years, and has been selling jewelry through Touchstone Crystal for seven years. She said she likes working for Touchstone Crystal because she gets to be her own boss as an independent contractor for the company. The business also primarily sells jewelry through parties, which she enjoys.

‚ÄúEvery time I go to work, it‚Äôs a party. Who can say that?‚Äù O‚ÄôDonnell said.

The parties used to be in person, but since the pandemic began, they‚Äôve been virtual. O‚ÄôDonnell said she will likely start hosting in-person parties again within the next few months.

Swarovski, which is the parent company of Touchstone Crystal, is a jewelry and accessory brand that was founded in 1891 by Daniel Swarovski. According to their website, his vision was to create ‚Äúa diamond for everyone,‚Äù so he invented an electric machine that cut crystals more accurately than ever before.

Touchstone Crystal is Swarovski‚Äôs only direct-sale division. They sell their jewelry exclusively through the parties their consultants host and one-on-one transactions facilitated by consultants.

O‚ÄôDonnell said consultants also host fundraising parties for charities and local organizations. In the past, she has held fundraisers to raise money for cancer research.

‚ÄúAnybody who‚Äôs looking to raise money for whatever they‚Äôre involved in can do a party. It‚Äôs an opportunity for us to give back,‚Äù O‚ÄôDonnell said.

O‚ÄôDonnell said Touchstone Crystal helps women gain independence by becoming their own bosses and gain confidence through their jewelry.

‚ÄúOur business is all about promoting women and making them feel good about themselves,‚Äù O‚ÄôDonnell said.