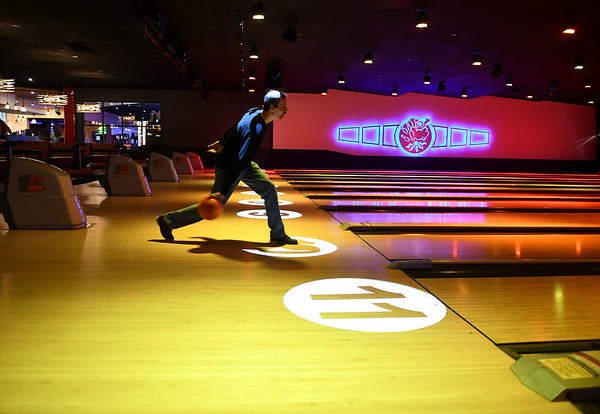 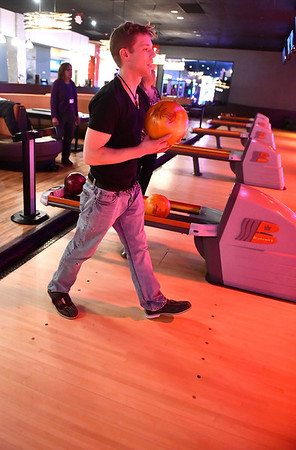 BRISTOL - SpareTime Entertainment is much more than just a bowling alley.

The Route 6 location recently underwent a complete makeover, which included upgrades to all 22 bowling lanes with new lounge-style booth seating, new arcade games, a new theme for its Laser Tag arena and an overhaul to the restaurant.

Callie Lanning, event planner at SpareTime, said the restaurant was “totally remodeled” for a more “sophisticated” and “chic” look.

“We’d like to say it’s the nicest restaurant in Bristol,” she said, adding that it’s not just a destination for those who wish to bowl or use the arcade.

“We’re a great option for families on weekdays,” Lanning said.

In addition to the renovations, the restaurant at Spare Time has had a few menu adjustments, including a new “Goliath Pizza” that’s “huge.”

“We’re working on a Goliath pizza challenge, but I don’t have any more details than that yet,” Lanning said.

The restaurant was the last step in a series of remodels at SpareTime. The laser tag arena also underwent renovations and now features a “Jurassic World” theme. This includes hand-painted dinosaurs and other props. The new arena also now allows for up to three teams, previously only being able to handle two.

The arcade also features all new games, including a virtual reality one. Of all the SpareTime locations throughout Connecticut and other states, the Bristol location is the only one with virtual reality. Virtual reality experiences can be bought in a package of five games for $25.

“You can use it whenever,” Lanning said. “It doesn’t expire.”

SpareTime in Bristol is very amenable to birthdays and other group events, including office parties, holiday gatherings, team-building and others. It’s as simple as booking an event online at sparetimeentertainment.com/Bristol. Lanning said the facility prides itself on providing a party host, so that parents or whoever booked an event can enjoy themselves and let someone else handle all of the work.

Bowling specials run every night at SpareTime. Sunday, Monday, Tuesday and Thursday feature all you can bowl promotions that vary by the day and run as cheap as $10 a person for as many as six hours. Wednesday features $2 games from 8 p.m. to midnight, and Friday and Saturday have all you can bowl specials for $18 a person from 10:30 p.m. to 2 a.m.