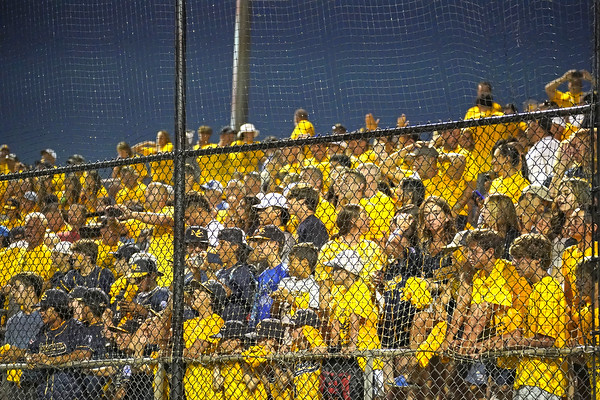 “I said, ‘job well done and well deserved,’” Clark said. “This is well deserved because of the work they put in at practice, the sacrifices they’ve made during the last six weeks during this tournament, and all of that came together at the right time.”

Massapequa Coast Little League going undefeated in their bracket and taking down Toms River East of New Jersey twice would have been an impressive route to the LLWS, but they topped it. In the clinching game Joey Lionetti took the mound for New York and no-hit New Jersey on 72 pitches to advance to Williamsport.

Lionetti explained how he became aware truly how well he was playing about midway through Friday’s championship game.

“After the third inning I realized that they weren’t catching up to my fastball and they weren’t seeing my curveball, so I knew I was going to do better than the first game,” Lionetti said.

Toms River East brought a solid performance to the table but a few too many mistakes allowed New York to create separation despite nine strikeouts from Christian Mascaro.

New York shortstop Christian Bekiers delivered one of the biggest hits of the night in the fourth inning. Bekiers smacked a long single the other way into left field to drive in Anthony Badagliacca from second base and push the lead to two runs.

The fans from Massapequa filled the first base grandstand nearly to capacity and propelled their side throughout the night. Bekiers noted that the sea of yellow behind their dugout helped get their team in the right mindset.

“I think when the lights are brighter we just play better,” Bekiers said. “When there’s more fans we come together as a team and we do our job.”

The final two insurance runs came across in the fifth inning by way of a sacrifice fly by Michael Clark and a single up the middle from Liam St. George.

New Jersey threatened notching a run in the sixth after Jayce Cappello was hit by a pitch and advanced to second base on a wild pitch. Lionetti made sure to end any semblance of a threat by striking out the next batter for the final out and cemented his no-hitter.

The Metro Champions travel to Williamsport on Sunday ahead of their first game on Friday, August 19 at Lamade Stadium at 7 p.m. on ESPN. They will face the winner of the West and Northwest matchup on Wednesday.