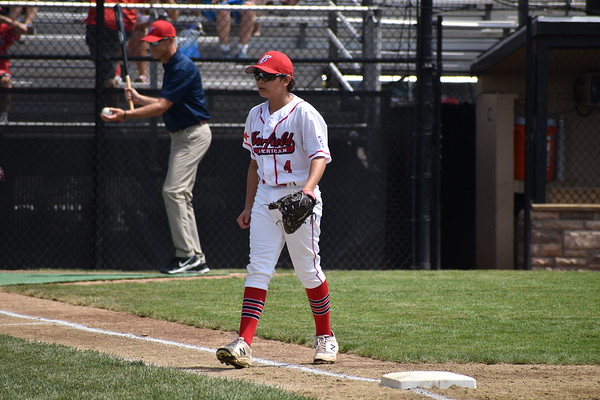 BRISTOL – On the heels of their stop-and-go 7-5 loss to Massapequa Coast Little League of New York on Monday, Connecticut’s Metro Region representative from Fairfield American Little League is still alive in the elimination bracket with one win between them and a trip to the championship.

New York earned three days of rest after Monday’s win, meaning Connecticut will be back on Breen Field Wednesday at 7 p.m. on EPSN2. Toms River East of New Jersey will oppose Fairfield American after they took care of business and eliminated Rhode Island on Sunday night.

While Toms River East often gets much of the spotlight in August, Fairfield American is very familiar in this spot as well. This is the eighth time in the last 12 years this little league has represented Connecticut at the regional tournament – previously as a part of the New England Region. They are also three-time region champs over that same span.

Toms River East was one of the Little League World Series representatives last year in the Mid-Atlantic Region. Pennsylvania won the region, but the rules were modified in 2021 so the top-two teams in each region advanced to Williamsport. The last time a team from Toms River advanced to the LLWS was Toms River National Little League in 2010.

Dylan Lawlor will be one of the lead men for Connecticut in their semifinal matchup. Against New York, Lawlor reached base three times and scored twice. He was also robbed of a fourth time on base by a spectacular diving catch in the fifth inning.

The winner of Wednesday’s game will move ahead to Friday’s prime time winner-take-all championship game against New York at 7 p.m. on ESPN.