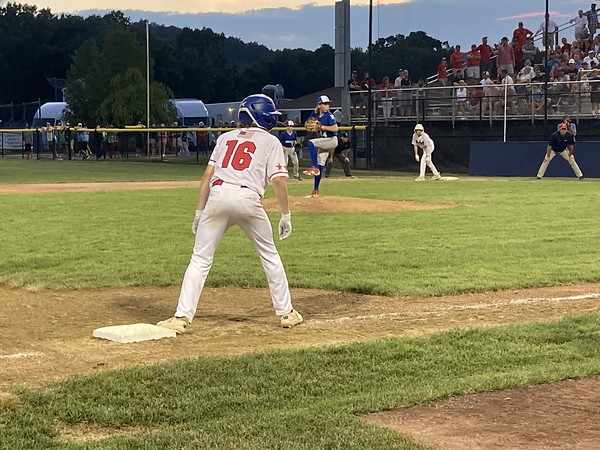 The tough contest was highlighted by the exceptional play of both pitchers.

Fairfield manager Matt Lawlor said whether Will Ryan or Drew Kane take the mound, they are confident.

“They’ve done it all summer, so it’s not a surprise here,” Lawlor said. “The great thing about it is you get into an environment like this and their demeanor doesn’t change. They just do the same thing. That’s why this team is awesome.”

While pitching appeared to be the strength of both teams, one player from Rhode Island was able to crack the door open. Cumberland’s Cam Slack hit a home run in the third inning, giving Rhode Island an early lead.

Connecticut would rally back in third. Dylan Lawlor singled to bring home Will Hathaway, tying up the score. Drew Kane would later in the inning bring home Lawlor and Declan Gitman, pushing the score to 3-1.

“I was timing it up the whole entire time I was in the dugout,” Lawlor said. “Right before that my dad called time and I went over to him and said I’m going to tag him on the first pitch. I know that he is going to throw a fastball.”

Lawlor said he was “speechless.”

“I was kind of in the moment, that's why I didn't have such a big reaction, but it was crazy,” he added.

Matt Lawlor said coming into the game the team was a little tight in the first couple innings, but ended up playing with their regular emotion as the game went on.