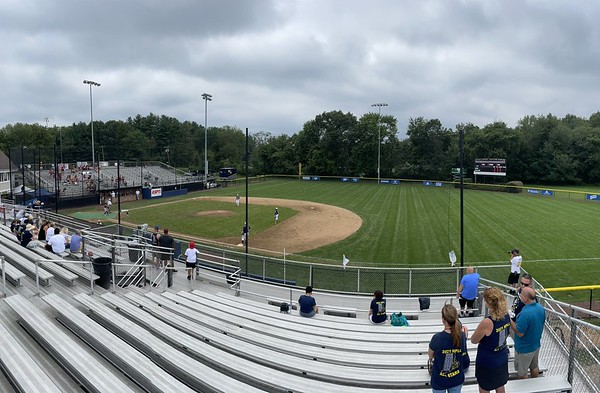 BRISTOL – Mason DeVall struck out every batter he faced in New Hampshire's 10-0 win over Vermont in the New England Region bracket of the Little League East region tournament Tuesday at Breen Field.

Essex Town's loss ends its time in Bristol after winning its first game against Rhode Island on Sunday.

A six-run fourth inning put the run-rule into effect and ultimately ended the game.

A two-RBI triple from Cal Lucier made it 6-0 New Hampshire, before hits from Keith Townsend, Jacoby Acevedo, Tyler Chauvette and Timmy Evans made it 9-0.

The victors finished with 11 hits and no errors while Vermont posted no hits and four errors.

New Hampshire got on the board early after a wild pitch from Vermont pitcher Austin Ravelin scored Mason DeVall during the bottom of the first. DeVall and Cal Lucier registered singles to reach base while Keith Townsend got on base with a walk.

New Hampshire doubled its lead an inning later after another wild pitch brought in Ryson Michaud.

Tristan Lucier started the bottom half of the third inning with a bang, launching a solo homerun over the right field fence, to push New Hampshire's lead to 3-0.

Wednesday's game marks a rematch of both teams' first games of the tournament as Maine topped New Hampshire 5-0 on Sunday.

Each carrying one loss and its season on the line, first pitch is set for 4 p.m.