Dustin Johnson watches his shot from the 15th tee, during the first round of The Players Championship golf tournament Thursday, March 12, 2020, in Ponte Vedra Beach, Fla. | AP Buy this photo 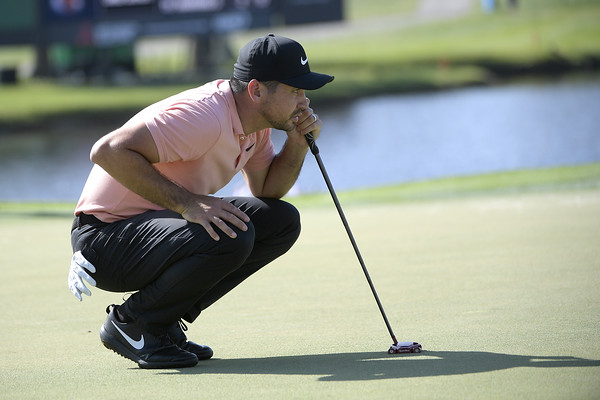 Jason Day, of Australia, lines up a putt on the 17th green during the first round of the Arnold Palmer Invitational golf tournament, Thursday, March 5, 2020, in Orlando, Fla. | AP Buy this photo

CROMWELL – The upcoming Travelers Championship received another boost to its ever-growing field of recognizable names, with two former No. 1 players committing to play at TPC River Highlands.

Dustin Johnson and Jason Day, both formerly the top-ranked golfers in the Official World Golf Ranking, will be part of the field when the tournament begins on June 25, the Travelers announced on Wednesday.

“This is a wonderful player field we have shaping up for our viewers,” Travelers Championship tournament director Nathan Grube said in Wednesday’s announcement. “Dustin and Jason have both won a lot of tournaments on the PGA TOUR, including majors, and we’re thrilled to hear that they’re coming back to Connecticut.”

Johnson is currently the No. 5 ranked golfer in the world, and is the sixth top-10 golfer to commit to this year’s Travelers. He’s won at least one PGA Tour event in 12 straight seasons, the longest active streak. His most recent win was at World Golf Championships-Mexico Championship last year. He was the PGA Tour Player of the Year in 2016, when he won three tournaments including the U.S. Open, his first major championship. He boasts 20 Tour victories, 17 top-10 finishes, and will be making his fourth appearance at the Travelers, though he didn’t compete in last year’s tournament.

Day, a 12-time PGA Tour winner, will be making his sixth appearance at TPC River Highlands, after tying for eighth at last year’s Travelers Championship, his best finish at the event. He is a 12-time PGA Tour winner, including the PGA Championship in 2015, which was his first major title. That championship was his first of five tournament wins that year, helping him move up to the No. 1 spot in the world rankings, which he held for almost a full year. His most recent victory came at the Wells Fargo Championship in 2018.

“I’m very excited to welcome Dustin and Jason back to the Travelers Championship and for our fans who will be watching from home,” Andy Bessette, executive vice president and chief administrative officer at Travelers, said. “Our player field this year will be one of the strongest on the PGA Tour and help us raise more money for charity.”

The fans will be watching from home since the Travelers will be a TV-only event as a result of the coronavirus outbreak. It will air June 25-28 on the Golf Channel, and on CBS that Saturday and Sunday, June 27 and 28.

Johnson and Day join a field that also includes Rory McIlroy, currently the top-ranked golfer in the world, Brooks Koepka (No. 3), Justin Thomas (No. 4), Patrick Reed and Patrick Cantlay, who are tied for No. 7.